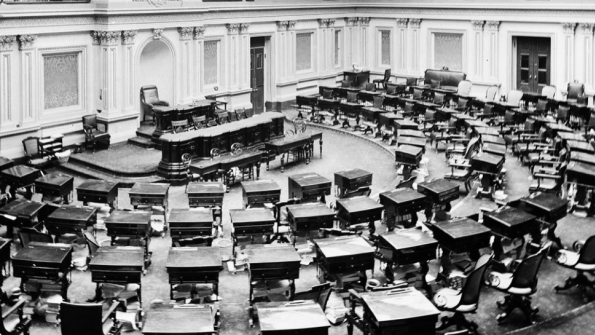 National focus has been on the winners of the Nov. 4 elections, but, according to the National Association of Counties (NACo), the present 113th Congress may act on several items with implications for counties before the new recruits arrive.

There are four direct concerns for counties that could be addressed in the final days of the 113th Congress, says NACo; they are:

Online Sales Taxes: The Marketplace and Internet Tax Fairness Act has been identified by Senate Majority Leader Mitch McConnell as a post-election priority. This act would mandate online retailers to collect sales taxes.

These taxes are important for counties, according to NACo. E-commerce sales have been growing rapidly over the past decade, topping around $200 billion in 2010, but these transactions are currently untaxed.  A University of Tennessee study estimated the total loss from unenforced sales taxes to state and local governments in 2012 was approximately $23 billion.

Tax Extensions: About 60 tax provisions, which include subsidies and credits, are set to expire as 2014 comes to a close. Two of the most important subsides, according to NACo, are the Payment in Lieu of Taxes program, which funds local governments to help offset the losses of property taxes due to non-taxable federal land within their boundaries, and the Secure Rural Schools and Community Self-Determination Act, which makes payments to counties in which a national forest is located.

Immigration: President Obama has gone on record saying that by the end of the year, he will take whatever lawful actions he can to reform the country’s policy. It is unlikely the 2013 Congress will act on immigration before it is dismissed, which experts think could force the president’s hand.

All of these issues, NACo says, have direct implications for county governments. To learn more about the midterm elections, and what they mean for counties, download NACo’s analysis’ here.