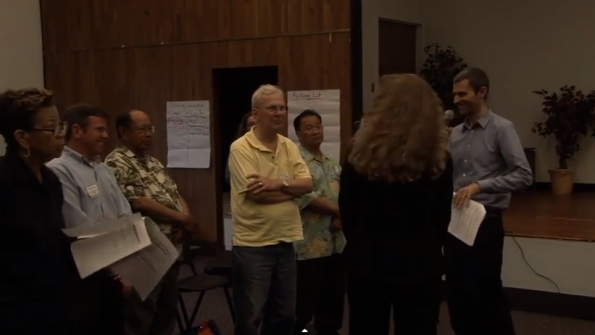 Vallejo, Calif., just completed its second cycle of participatory budgeting, where residents decide how tax dollars should be spent.

This year eight projects were chosen. According to city materials, they are:

Vallejo is leading the nation with the initiative. The program started last year, when Vallejo residents conceived and approved 12 public projects including street repair, lighting retrofits and parks and recreation improvements.

The participatory budgeting process in Vallejo is made up of five stages, according to city materials. From February to March, the city holds budget assemblies where city officials present the year’s budget and residents meet in small groups to brainstorm project ideas. Next, from March to August, delegates meet to transform project ideas into full proposals. Then, in September, those delegates return to the community to glean information to finalize proposals. In October, residents vote on which projects to fund – those with the most votes are then presented to the city council for consideration and final approval in November.

The city says the participatory budgeting process engages the community, opens up the government and, overall, improves the city.

The idea for participatory budgeting in Vallejo came to Councilwoman Marti Brown after reading about an experiment in Brazil where a local government allowed its citizens to vote on how tax dollars are spent. City Lab reports Vallejo had already gone through a bankruptcy, and was facing down tremendous financial obligations without the support of its citizens.

“I thought, there’s got to be a better way to do budgeting, there needs to be more transparency,” Brown told City Lab. “It was a huge part of what helped propel Vallejo toward bankruptcy – that financial process is not a transparent process. The public doesn’t get to see it; they don’t know anything about it.”

But participatory budgeting hasn’t been a universal success in Vallejo. This year the participatory budget was cut by half a million dollars, and next year it’s set to be cut further. Some residents and city staff would like to see it go away entirely. The program costs about $300,000 a year to administer, and some feel the funds could be better spent elsewhere.

“Participatory Budgeting in Vallejo has always been nothing more than a grand experiment,” wrote resident Dennis Yen, in a letter to the editor of the local newspaper, the Vallejo Times Herald in June. “While its creators proudly boast that no other city has ever tried it on such a grand scale, the truth may be that it's because it was never meant to be a program practiced on a citywide basis.”

Despite contention over the program, other cities are looking at the potential of participatory budgeting.  City Lab reports Chicago and New York have tried limited versions of participatory budgeting programs, as have San Francisco, Boston and St. Louis. Cambridge, Mass., and Greensboro, N.C., are in the process of implementing programs citywide.

To learn more about participatory budgeting in Vallejo watch the video below.