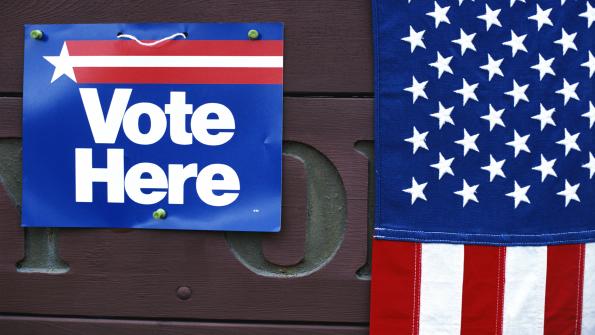 Over 146 state ballot measures were up for consideration last week, among them proposals on marijuana, minimum wage and abortion

According to The Washington Post, there were 146 state ballot measures up for consideration during this year’s midterm elections. Every state with a minimum wage boost and all but one with a marijuana measure saw those proposals approved. Also up for consideration were numerous measures including those dealing with reproductive rights, food labeling and tax structures.

The legal, recreational use of marijuana was OKed by voters in Alaska and Oregon, and D.C. voted to approve its possession and cultivation (sales still remain illegal), according to The Washington Post. Four states approved minimum wage hikes – Alaska, Arkansas, Nebraska and South Dakota.   Illinois, too, passed a minimum wage boost. However, according to local TV station WQAD 8, the minimum wage question was a non-binding referendum, meaning it won’t become law unless officials pass the requisite legislation.

According to National Public Radio, a number of cities and counties in California and Wisconsin passed minimum wage hikes – all of which passed except for an initiative in Eureka, Calif., to raise the wage to $12 an hour.

Reproductive issues were also on the ballot. Voters in Colorado and North Dakota rejected fetal personhood measures, according to The Washington Post. Tennessee, on the other hand, approved a constitutional amendment that lays the foundation for future restrictions on abortions. Click here to read the full text of the clarifying measure.

Colorado and Oregon voters rejected measures to label food products containing genetically modified organisms, or GMOs. According to NPR, many large food and beverage companies oppose such labeling, and actively campaigned against it.