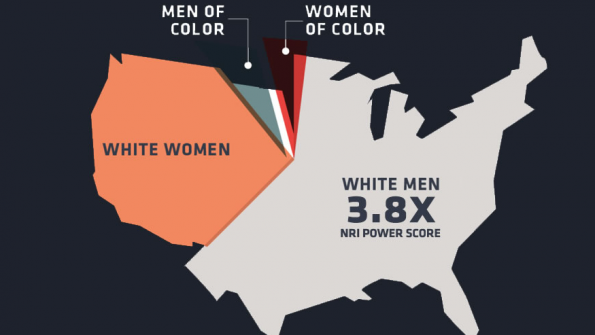 Women and minorites underrepresented in government

According to the National Representation Index, most elected officials are men, the vast majority are white and well over half are white males. White males make up less than a third of the population, but hold four times the political power of women and people of color.

Women and minorities are under-represented by leadership, regardless of a state’s partisan leanings, according to the National Representation Index (NRI), a state-by-state analysis of the race and gender of 42,000 elected officials from the county to the federal level.

The Women Donors Network says ideally, representation in America should be more equal, but this shift must begin at the local level.

“Our first goal is to catalyze a crucial national conversation about who leads our nation, and the NRI provides a perfect spark,” Donna Hall, president and CEO of the Women Donors Network, said in a statement. “The NRI shows clearly that the conversational about political representation is not just about Congress, but must focus on states and local government as well.”

See how your state ranked using the tool below:
Who Leads Us?

For more information on local representation, watch the video – and for more inspiration to get out and vote, click here.