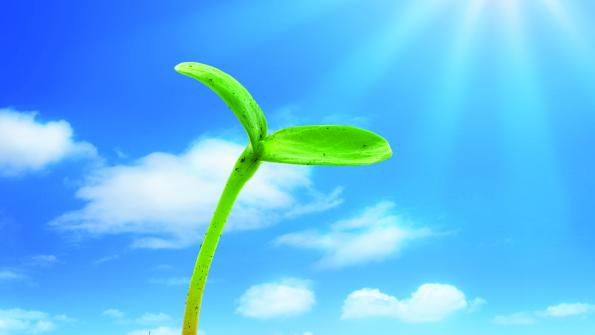 In anticipation of the United Nations Climate Summit, over 300,000 individuals marched for sustainability in New York.

More than 300,000 people marched through Manhattan on Sunday in what organizers are calling the largest climate-change demonstration in history.

The “People’s Climate March” overwhelmed midtown, according to USA Today, and was planned in coordination with the United Nations Climate Summit, which will be held later this week in New York. More than 1,100 organizations endorsed the march, including 350.org, Avaaz, the Sierra Club, the Climate Justice Alliance, and the Service Employees International Union.

New York is on the cutting edge of climate leadership, according to Business Insider.  Over the past few years, the New York City Council passed over 100 pieces of legislation aimed to reduce the city’s carbon emissions and improve water and air quality.

Most recently the council unveiled a sweeping package of legislation to advance sustainability goals, Business Insider reports. The package sets the goal of reducing the city’s carbon emissions by 30 percent by 2030 and 80 percent by 2050.

The city plans to achieve these goals by increasing access to mass transit, improving bicycle infrastructure and “greening” the city’s vehicle fleet, according to Business Insider.  Also included in the package are pre-tax commuter benefits, and an expansion of the city’s rapid bus transit network.

The march and summit were part of climate week NYC, an annual event "to get people together to make the business case for climate action," Sylvain Biville of the Climate Group, which organizes the week, told USA Today. The Climate Group's goal is "a prosperous, low-carbon future," which the group says will be achieved by "a rapid scale-up of low carbon energy and technology."