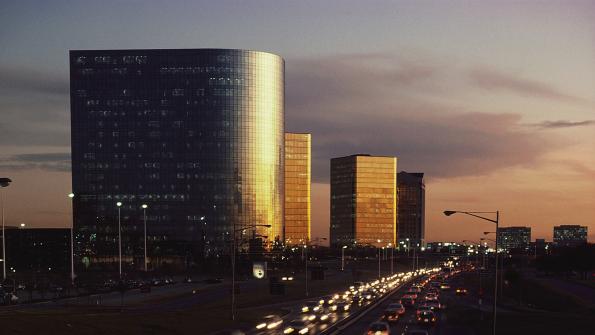 Urbanist thought leaders are proposing a global idea-sharing network for mayors, and the plan is picking up steam.

A global network of cities – a sort of “U.N for mayors” – may become a reality soon.

In a two-part report, Benjamin Barber, renowned urbanisit and author of If Mayors Ruled the World: Dysfunctional Nations, Rising Cities; Richard Florida, director of the Martin Prosperity Institute and author of Who’s Your City; and Don Tapscott, the Executive Director of the Global Solutions Network, are calling for a global parliament where mayors, local government leaders and urban stakeholders can collaborate on policymaking and disseminate best practices and standards.

The argument is that cities are vitally important to the global economy and that by working together, cities could ensure best practices and shared resources. The new organization would support and enhance existing operations such as the International Council for Local Environmental Initiatives, the United Cities and Local Governments and the C40 Climate Leadership Group.  The proposed parliament would bolster these organizations’ inter-city cooperation and knowledge-sharing, writes Florida in CityLab.

Florida says more than half of the global population lives in metro areas, and the world’s 40 largest metro regions produce two thirds of the world’s economic output and nearly 90 percent of its innovations.

“Mayors are in the vanguard of policy innovation,” writes Florida, “but too often they are compelled to go at it alone.”

"The big cities of the world are like small, autonomous entities with economies the size of small countries, and it's absolutely useful for their leaders to meet and share strategies and experiences," Francesco Mattioli, a sociologist with La Sapienza University in Rome, told the paper.

"It's a complicated job and there's every reason for them to try to learn from the other," Mattioli continued. "Big cities even have a kind of foreign policy role that is helped by this kind of encounter."

With the Global Parliament, these types of interaction will be commonplace, according to Florida. In mid-September, Barber will be hosting the organization’s third planning meeting with the mayors of Amsterdam, Rotterdam, The Hague and Utrecht. After the meeting, the Global Parliament of Mayors interdisciplinary workshop will begin in The Hague.

“Now more than ever, we need proactive urban planning that protects public space while providing good governance and stable transparent institutions,” writes Florida. “We need better metrics and much more information on what works and what does not.”