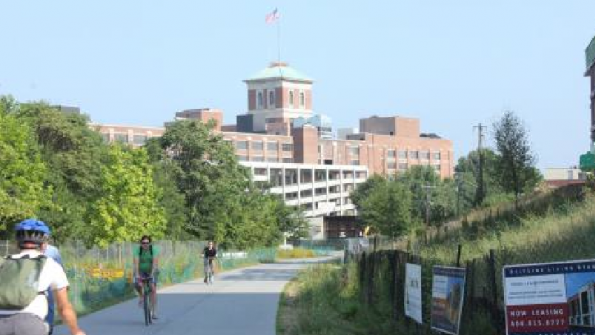 As urban living beats out the suburbs in popularity, local leaders should view abandoned property as potential community assets.

Suburban sprawl has long plagued many of our nation’s cities. It is unsustainable, and has been linked to lower qualities of life in its residents, according to Smart Growth America. And the problem isn’t going away. Without major changes to development procedures, the southeast could become a contiguous megalopolis by 2060.

But with shifts in demographics, and a return to urban centers, particularly among the younger generations, experts are wondering what will be done when the wave of sprawl crests, and populations recede back to the cities, leaving behind empty suburban property.

Ellen Dunham-Jones, a professor of architecture and urban design at Georgia Tech, suggests suburbs must be redesigned to keep from dying off. Her Ted Talk on this subject, titled Retrofitting Suburbia, went viral last year.

In a recent interview with National Public Radio, Dunham-Jones says aging Baby Boomers, who the suburbs were initially built to house, are being replaced by Generation Xers, who are now in their 30s and 40s. However, Gen X is a much smaller population – there are not enough individuals to fill the massive suburbs that once housed their parents.

Dunham-Jones adds members of Generation Y – mostly in their 20s and 30s – have made it clear they do not want to live in the suburbs, opting instead for urban life. Studies have shown over three quarters of Gen Yers, even after having families, will want to live in cities. Because of this attitude, she told NPR, access to transit is overshadowing school districts as the main determinant in real estate value.

Smart Redevelopment of gray field sites, Dunham-Jones says, will become increasingly important as these demographics and population patterns continue to shift. “[This trend] gave the public sector a chance to really take a breath and talk with their communities about what kind of future growth do we want to attract,” she told NPR.

“Re-inhabitation is keeping the existing building, but re-inhabiting it with a more community-serving use,” Dunham-Jones told NPR. She gives the example of box stores that have been turned into libraries, or office buildings transformed into schools.

Redevelopment, or “major surgery,” as Dunham-Jones puts it, is a more invasive tactic, often involving demolitions and new construction. Transportation is increasingly important in these projects. “The key to a good redevelopment is connecting up with the existing streets, expanding that network so people can walk or bike more extensively.” Dunham-Jones told NPR, giving the example of the Atlanta BeltLine as a successful redevelopment project.

Re-greening is the third aspect. Aggressive development during the suburban boom has caused damage to natural ecosystems, and has resulted in widespread flooding in many communities. “Demolish those properties and recognize we never should have built there in the first place,” Dunham-Jones told NPR. By turning these old sites into parks or wetlands, property values increase and communities are revitalized.