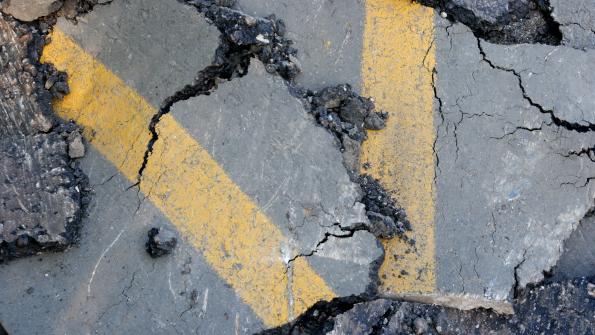 Nearly 60 percent of voters said no to a new sales tax which would help fund transportation projects across the state.

The measure, Amendment 7, would have raised sales taxes in the state by three-quarters of a cent per dollar spent, and was expected to raise $5.4 billion over the next 10 years, The St. Louis Dispatch reports. It was rejected by nearly 60 percent of voters.

“Missourians, they don’t like tax increases, they don’t want to pay more, no matter what the situation is,” Sen. Mike Kehoe, R-Jefferson City and the sponsor of the proposal told the paper. “So we’ll have to go back to the drawing board.”

The main argument against the tax is that penalizes everyone, not just those who put wear and tear on the roads – namely, truckers. According to The St. Louis Dispatch opponents complained the trucking industry does most of the damage to Missouri roads, but pays little for the repairs. A special sales tax exemption for tractor-trailers was passed in 2012, and Amendment 7 would have prohibited fuel tax increases for the next decade.

But while the fairness of who is taxed and how much is worked out, some 800 transportation projects across the state are left in the lurch, according to local TV station KFSM. In particular, plans to extend the Bella Vista Bypass from Arkansas into Pineville, Mo., have been put on hold indefinitely until funding is found.

“We are very disappointed in the result, but the people have spoken and we respect that,” Stephen Miller, chairman of the Missouri Highways and Transportation Commission, told the station. “As we have seen for the past several years, I think Missourians have a clear understanding that more resources need to be invested in our transportation infrastructure, but there just isn’t any consensus on how to pay for it. We need to continue to working toward that end.”