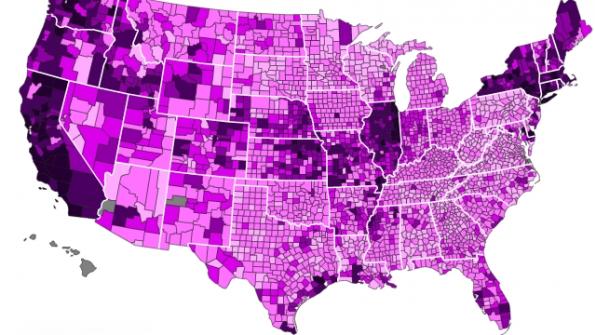 According to Steve Owens of the U.S. Census Bureau, community development districts are a fast-growing form of special district in the U.S.

There are 38,266 special districts in the U.S., according to the latest Census tabulations. They are independent governmental units that exist separately from, and with substantial administrative and fiscal independence from, general-purpose local governments such as county, municipal, and township governments. As defined by the U.S. Census Bureau, the term “special district governments” excludes school district.

In the process, says Owens, the developer buys the land, floats the bonds, and the residents, as they move in, are responsible for paying the bonds through their property taxes. The community development district, says Owens, sets up a special taxing district that facilitates a new development. “That’s where we have been seeing quite a bit of growth, especially in certain states with that kind of development setup in place,” says Owens. “Not every state has that mechanism, but states that do, we are seeing quite of growth there.” Community development districts do NOT include housing authorities, which are in a separate Census classification.

Community development districts tend to be much smaller, as they are created to serve specific emerging residential, commercial, and industrial development projects. The top three in the community development category in 2011, based on U.S. Census data, are the following. Total district expenditures (for 2011) are shown next to each district name:

Reedy Creek was formed to develop Walt Disney World in Florida. The Woodlands Township was originally created as a municipal utility district in the Houston, Texas, area, and the Village Center Community Development District serves a sizeable commercial development in central Florida.

In this video, Census Bureau data dissemination specialists talk about how they reach out to their communities. The specialists show the public how to use tools such as Census Explorer, My Congressional District, QuickFacts and other government statistics sources that are located on the Census Bureau website.