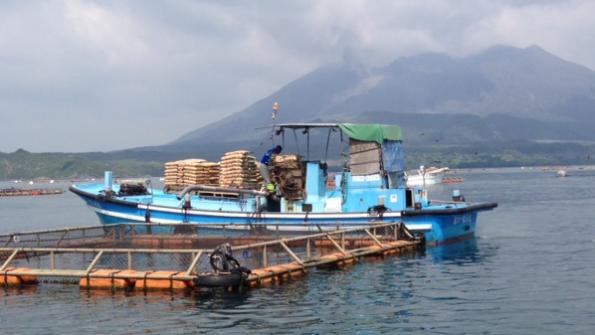 The narratives emanating from Gloucester, Mass., in 2012 could not have been more dissimilar. As National Geographic hyped the debut of “Wicked Tuna,” the show about fishing boats in search of the prized (and scarce) Bluefin species, CNN grimly reported that America’s oldest seaport faced “total Armageddon” through pending restrictions on the city’s legendary fishing industry.

“What happens when you do everything right and they still shut you down?,” third-generation Gloucester fisherman Vito Giacalone wondered. The answer, in fact, was years in the making.

Understanding the gravity of the impact of the federal government’s approach to an overfished North Atlantic, the Gloucester Harbor Plan of 2009 envisioned an economy that sustained the historic commercial fishing industry through innovation and investment. At the same time, the community sought to diversify its working waterfront to encompass marine science and technology, both highly compatible with Gloucester’s existing port assets.

Of course, nobody would have imagined that Gloucester’s economic vision would lead to Japan, 6,700 miles to the west. But it did in June 2014 when Gloucester Mayor Carolyn Kirk led an economic delegation to The Land of the Rising Sun in search of new fisheries science opportunities and new markets for underutilized North Atlantic seafood species.

Gloucester Marine Genomics Institute (GMGI), which seeks to create fish tracking systems based on genomics and proteomics that will reframe fisheries management, spearheaded the mission.

Co-founded by Gregory L. Verdine, a chemistry professor at Harvard University’s Department of Stem Cell and Regenerative Biology, GMGI recognized the important natural synergies between Gloucester and Japan, in particular because Japan is a global leader in fish processing, sustainable aquaculture and immunological research.

The trip included meetings with scientists from a global pharmaceutical company and executives of an investment bank in Kagoshima, as well as a visit to the Tsukiji fish market in Tokyo (the world’s largest wholesale market and final destination for a good portion of the “Wicked Tuna” catch) and a tour of a leading sustainable aquaculture facility.

The Gloucester visit also rekindled old ties with several Japanese organizations. These included outerwear maker and marketer 35Summers of Tokyo, which acquired the Mighty-Mac sportswear brand in 2009. Mighty-Mac, founded in Gloucester in 1909, makes famed boating wear, including deck jackets and boat parkas. The delegation also visited sister city Tamano, which sends students to Gloucester every year through an exchange program.

In fact, the North Atlantic fishing crisis that spurred the transition of Gloucester’s working waterfront five years ago has created economic opportunity beyond Japan. Gloucester is becoming a magnet for global entrepreneurs because of cutting-edge marine research agencies and an emerging hub of innovation companies in the city, including start-ups GMGI and Gloucester Innovation House (brainchild of Jon von Tetzchner, founder and former CEO of Opera, the world’s fourth largest web browser). Over the past 18 months, representatives from Iceland, Newfoundland and Labrador, as well as European companies have visited the city with an eye toward increasing trade and job creation opportunities.

Gloucester’s growing global reputation offers lessons for other American deep-water commercial ports. As of 2007, ports were credited with creating or supporting 13.3 million jobs in the country and directly contributing more than $3 trillion overall to the economy.

Gloucester‘s leaders understood that broadening the local economic base required careful research about national and global trends that are aligned with the community’s existing assets and resources in sectors such as innovation, marine tech, and marine life sciences. Competition for exciting ocean technology and product development growth prospects — the heart of the so-called “Blue Economy” — is fierce.

Gloucester continues to plan how best to update and expand its waterfront assets to support global opportunities. The city is fortunate to have an abundance of natural resources (15 square miles of waterfront property, more than one-third of the city’s land mass), progressive clean energy and resource management policies (highlighted by a unique wind turbine private-public partnership that delivers six-figure annual savings to the city). Gloucester also boasts an embarrassment of cultural riches (featuring two state-designated cultural districts and a vibrant arts scene). These advantages make the community highly attractive to investors and businesses in far-away places like Japan.

Gloucester’s emerging international presence in the face of fishing hardship is more than a testament to the resilient nature of its residents. It’s a sure sign that innovation is the true language of the global economy.