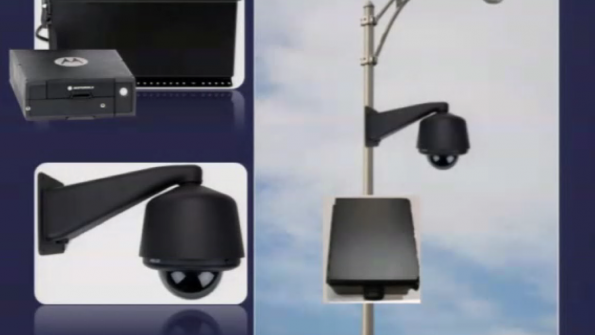 Through the use of data analytics, surveillance and predictive software, the Chicago Police Department has become one of the most connected police forces in the country.

The Chicago Police Department, by embracing connectivity though technological advancements, has become one of the most data-driven crime fighting forces in the country.

As part of a Cisco discussion panel on the emergent “Internet of Things,” Chicago PD Commander of Public Safety IT Jonathan Lewin gave an overview of his department’s technological capabilities. “It’s about connectedness,” said Lewin. “It’s about how we communicate with people and assets in the community, with our police officers, with our public safety agencies… communications are the foundation of everything we’re doing.”

He went on to explain the function of the Crime Prevention and Information Center, which serves as the nerve center for the department’s operations.  Online since 2007, the center underwent “a complete technology refresh” in the past month, which, Lewin said, has helped make it one of the most sophisticated centers of its type in the country.

One of the reasons for this, Lewin said, is the Citizen and Law Enforcement Analysis and Reporting (or the CLEAR) system. According to program materials, this system is an easily searchable clearinghouse for data about and related to criminal offenders in Chicago, including but not limited to incident reports, arrest reports, calls for service and property history information.   Additionally, the CLEAR system’s data analytics allows for predictive functionality. Lewin said “this [system] brings together data from a wide range of sources to a platform that allows users to identify emergent crime conditions [and] to identify hotspots of potential future crimes.”

The system also is transparent, allowing data-sharing with other local, state and federal law enforcement and public safety agencies, as well as the average citizen. “We support over 33,000 users through the system,” Lewin says. “This is a very robust source of information.”

Another important piece of Chicago’s crime-fighting efforts is its surveillance cameras. Operation Virtual Shield, the name given to the network, “is the largest municipal camera integration platform in the country,” Lewin said. “Over 25,000 cameras are part of this system.” Leveraging a 176-mile fiber-optic network, the cameras form the backbone of situational awareness in the city.

Not only do these cameras provide real-time images of what’s going on in the city at the street level, but the system has also integrated biological, chemical and radiological sensors to help public safety be aware of any unseen threats, according to program materials.

Every camera in the system is either accessible wirelessly or through the fixed network, says Lewin. It is important that the cameras be “active” in this way, rather than passively collecting images. Connected cameras help officers operate proactively, and respond to incidents in real time.

The addition of analytics programs to the surveillance network has also been successful. Lewin reports that the addition of facial recognition software last month helped bring one suspect to justice.

To learn more about the Chicago Police Department’s use of technological solutions, visit their website.