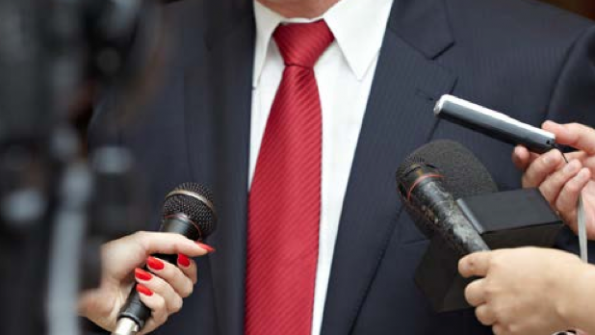 Communicating during a crisis

In the digital age, it is important local leaders be sharp when speaking with members of the press, especially during times of emergency or scandal.

When it comes to disaster preparedness, local leaders think evacuation routes, emergency management response and disaster mitigation but, according to The National Association of Counties (NACo), leaders should also consider another vital aspect of disaster preparedness – communication.

Municipal leader’s communication skills must be particularly sharp during times of emergency. In Media Relations: A Guide for Counties, NACo says it is important to start planning for these events before they occur, and adopting a written communications plan is important part of this this preparedness.

The communications plan should be readily available and include detailed information of who will be responsible for what during a crisis. If a government does not have such a plan in place, NACo says the Department of Homeland Security’s Office of Emergency Communications offers valuable resources for drafting one.

Some general tips for emergency communications include:

Often, disasters can lead to another instance where communication is vital – political crises. In the face of political crises, NACo says it is important to remember that most of the time, these events are short-lived, but sometimes they can boil over into full-blown scandals.

Usually, these issues become bigger problems when municipal leaders handle them poorly. NACo says the worst things to do when a crisis is brewing are:

1) Nothing. When an individual or group is offended by something a government leader has said or done, ignoring the problem rarely works. In the age of social media, word can quickly spread that a leader is callous, further damaging that individual's reputation.

2) Point out others' bad behavior. Shifting the blame is never a good tactic, and can end up creating more fires to put out.

3) Defend the indefensible. Don’t try to explain away an action to which residents have taken offense. This can come off as patronizing at best and out of touch at worst.

4) Blame the media. It’s not the media’s fault for doing what they see as their job.  When a controversy is developing, it is important for the individual it surrounds to objectively understand what he or she did, and to what degree he or she is at fault. Then he or she must publically accept the blame.

NACo says most of today’s crises involve a momentary lapse in reason, but if handled properly, shouldn’t be career-ending. Admitting fault, and sincerely apologizing can go a long way towards rebuilding a reputation.