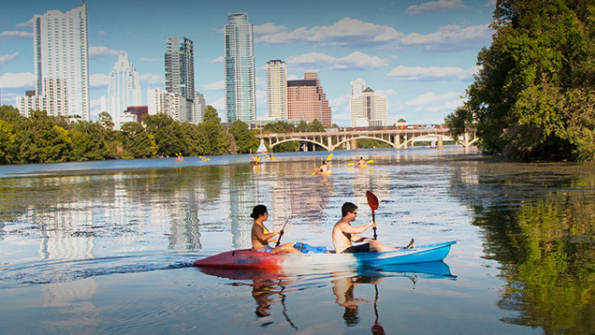 The 10 fastest growing cities in the country

The 10 cities with the most growth in recent years are expanding for two reasons: jobs and low cost of living.

The 10 fastest growing cities in America all have two things in common: available jobs and low costs of living.

That’s according to CNNMoney, which released its list of the 10 fastest growing cities in the country. Using data from the Census Bureau, the news agency found that from July 2012 to July 2013, the cities that saw the most growth were:

Many of the cities in Texas, and Oklahoma City as well, are experiencing oil booms as technological advancements allow extraction from oil fields previous inaccessible, CNNMoney reports. Other cities, such as Austin, Raleigh and Phoenix, all benefit from low costs of living and low unemployment rates, the Huffington Post notes.