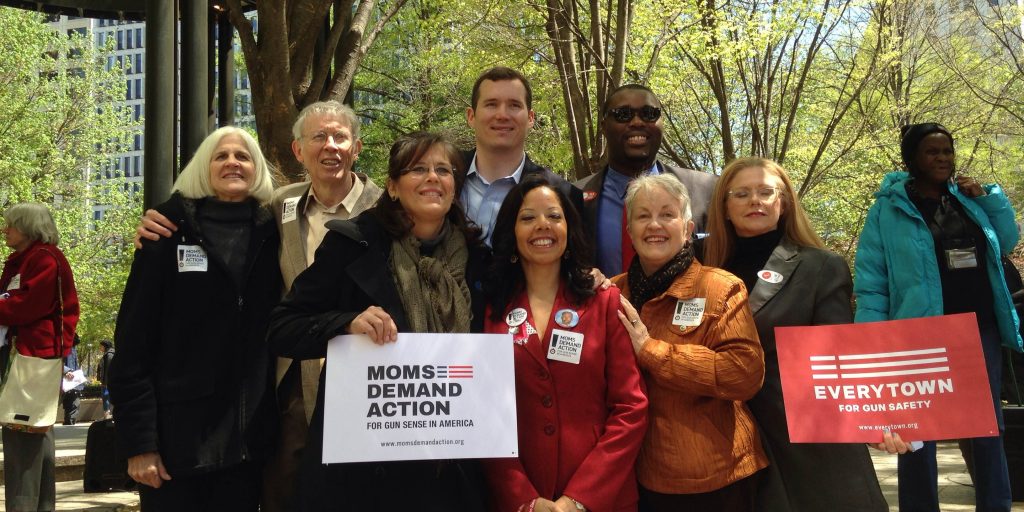 The event in Atlanta's Woodruff Park was just one of a number of events which occured around the country that brought together local community leaders to speak out in favor of more restrictive gun laws.