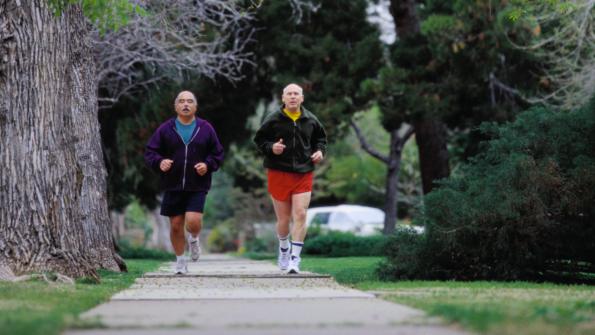 A tale of two cities

Going through this month’s Gallup-Healthways Well-Being Index data, Washington, in particular, stood out. Why? It is the only state with cities ranking in both the top and bottom five of the nation’s obesity rankings.

But why is there such a stark difference in Washington?

The Yakima Herald-Republic reports that Yakima is no stranger to high obesity ratings. Two years ago the city came in at No. 11 in the same survey, which was an improvement from No. 8 in 2008.

The reasons are well documented. Yakima battles chronically high poverty rates, according to the Yakima Herald-Republic. Lack of funds compels people to eat the most affordable food they can find – often highly-processed items with low nutritional value. The paper says education on healthier lifestyles can help, but the cycle of poverty and obesity can be hard to break.

Educational efforts are already underway in Yakima. Rev It Up!, a program that started as a good-natured competition with Yuma, Ariz., (which also posted high obesity numbers) to slim down residents, has been ongoing since 2008, but the program has had limited success, according to the Yakima Herald-Republic.

By contrast, Bellingham residents already have good habits in place. 60 percent of Bellingham residents exercise frequently, according to the Gallup-Healthways survey, and 62.1 percent say they eat produce regularly. This is compared to Yakima’s respective 51.3 percent and 54.8 percent.

Bellingham also has several geographic advantages, including areas for hiking, bicycling, snow sports and other outdoor activities, according to the city’s tourism department. National Geographic named the city an official “Adventure Town USA,” and the local paper, The Bellingham Herald, brands the city as “outdoor-loving.”

So what can be done to curb the rising tide of obesity? The Yakima Herald-Republic suggests the individual answer is simple in Yakima – residents need to eat better and exercise more – but the institutional execution of this is complex.

According to the Yakima Herald-Republic editorial board, public and healthcare institutions need to increase their outreach efforts, reinforcing healthier lifestyles without imposing judgment. They say the city needs to increase safety in its outdoor recreation areas and address its lack of walkways and sidewalks.

“It’s true that in the end, it comes down to individual choices,” the editorial board writes, “but collective efforts help individuals with making the right choices, and that effort is too important for us not to try to improve this most basic of quality-of-life issues.”