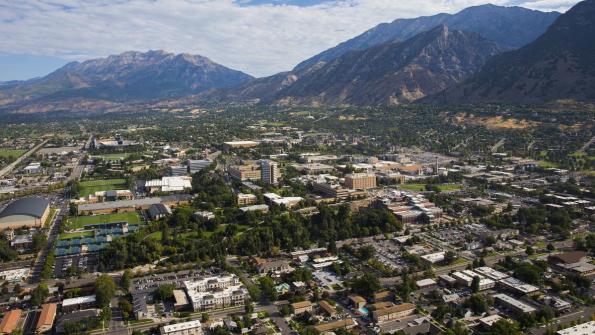 A new survey from Gallup and Healthways says Provo, Utah, has the highest level of well-being in America.

It’s an age-old question: Where is the best place in America? Well, according to a new poll, there may be a definitive answer. A Gallup and Healthways survey says it’s Provo, Utah.

Provo has the highest level of well-being of any city in the U.S., according to the poll which used six categories to define "well-being." Those six (life evaluation, emotional health, work environment, physical health, healthy behaviors and access to basic necessities) were scored out of 100. Gallup looked at 189 strategically placed cities across the country and conducted more than 500,000 phone interviews. Results show Provo as the best, with a composite score of 71.4.

According to Gallup, well-being is generally highest in the Midwest and West, and lowest in the South.   Provo had the highest composite score, but it’s interesting to note Ann Arbor ranked first in life evaluation, and Honolulu was first in the category of emotional health. Although it didn’t make the top ten, Holland-Grand Haven, Mich., had the highest physical health in the nation, and the most access to basic necessities. Healthy behaviors were most prevalent in Salinas, Calif.

"It's some strong validation for what we already know here in Provo," the city's Mayor, John Curtis, told USA Today. "It's a great place to live." Curtis added other surveys have named Provo "most optimistic" and "nicest."

The worst community for overall wellbeing, according to the survey, was Huntington-Ashland region spanning West Virginia, Kentucky and Ohio, but Gallup says the poll isn’t meant as an attack. "The goal is not to make any community or population feel bad about results," Patrick Bogart, Gallup's director of client services, told USA Today. "Our goal is to get leaders thinking about how they can enhance well-being."

Huntington Mayor Steve Williams says his city is just now recovering from an economic slump, and the low numbers have “certainly been a motivator for us to take an honest look at ourselves and get busy.” Williams told USA Today Huntington has expanded its farmers market program, is hosting 41 5k races a year and is promoting healthy eating habits.