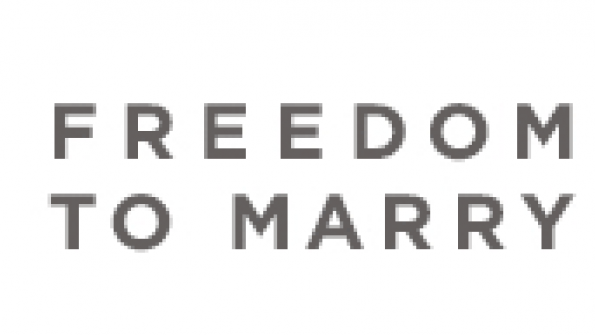 Local leaders are joining with Freedom to Marry in a $1 million, mulit-state campaign to gain support for same sex marriage in the traditionally conservative south.

Freedom to Marry, an organization lobbying for nationwide legislative approval of same-sex marriage, has launched a $1 million, multi-state campaign to build support for marriage equality in the south. Many local leaders in the region have joined the effort, called Southerners for the Freedom to Marry.

The effort will include “significant field and media work” over the next year in partnership with a dozen supportive organizations across the region. According to program materials, local politicians named as honorary co-chairs in the effort include:

Citing 2010 Census Bureau data, Freedom to Marry reports same-sex couples raising children are more common in the South than in any other region of the country. A Freedom To Marry poll of registered voters in the south showed support for marriage equality in the region is now evenly split. The organization’s goal is to tip the balance.

But if recent legislation proposed in the region is any indication, the battle may be hard-fought. HB 1023, Georgia’s Preservation of Religious Freedom Act, is rapidly moving through the state’s House of Representatives, and would allow individuals to refuse service to homosexuals based on individuals' religious convictions, according to The Atlanta Journal-Constitution.

The bill’s language is nearly identical to controversial legislation passed in Arizona earlier in the month, according to The Atlanta Journal-Constitution. CNN reports the bill will allow Arizona business owners the same authority to deny services based on religious convictions. It is expected that Arizona Gov. Jan Brewer will veto the legislation.

But similar bills have been introduced in Kansas, Tennessee, Oklahoma and others, according to The Atlanta Journal-Constitution. Supporters argue that by requiring a business owner to serve groups they object to on religious grounds, the state is violating that individual’s religious freedoms.

However, the concern, according to the Anti-Defamation League, is that these types of bills will classify homosexuals and other “offensive” groups as second-class citizens.

The Anti-Defamation League says, “[this type of legislation] would allow law enforcement to refuse assignments that they find religiously offensive such assisting or guarding a religious institution of a different faith, a pharmacy that sells prescription contraception, a liquor store, a butcher shop selling pork or beef or a casino…” taken to an extreme, the organization says this legislation would allow widespread discrimination without consequence.

Freedom to Marry’s founder and president, Evan Wolfson, understands the south to be at a turning point. “Our investment in the South comes at a pivotal time in the marriage movement,” he said in a statement. “The South is home to hundreds of thousands of loving, committed same-sex couples – and to a majority of the nearly 50 federal marriage cases now underway in courts across the country. Our new campaign will give voice to the many in the region now ready to move forward, including clergy, business leaders, conservatives and family members, to show that all of America is ready for the freedom to marry.”

For more information on Southerners for the Freedom to Marry, click here.