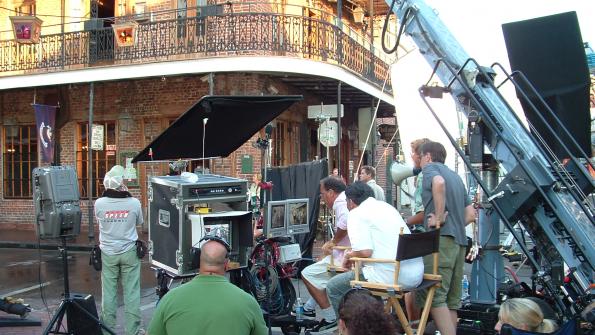 How local governments are cashing in on TV and film production

When it comes to film and TV production, you would probably think of Los Angeles before you think of Shreveport, La. But, due to tax incentives, big-name productions are looking east of the Hollywood Hills, and shooting in non-traditional locations. While production companies save, municipalities can see economic booms.

Chiquita Banks, a Georgia-based tax attorney, says there are four main types of incentives states offer. They are:

Refundable tax credits – After hitting a certain threshold of spending, a production company gets a credit provided by the state. The refundable credit consists of the excess production credits remaining after all income taxes are paid, and are received regardless of income tax liability.

Transferable tax credits – A non-refundable tax credit  that a production company can sell to local taxpayers if the credits are not used to offset the company’s tax liability.

Non-refundable tax credits – The state offers credits that can only be used on the production company’s state income tax return or the return of its parent company.

Rebates/Grants – The state offers direct payments to the production company. This is relatively rare, but an example would be the Virginia Governors Fund.

Some states, like Louisiana, Oklahoma and Tennessee use a combination of the above incentives, according to Banks.

But why offer these incentives? Is having a movie film in your state really worth writing a multi-million dollar check to a production house? Some question the wisdom, including Mark Vitner, senior economist for Wells Fargo, who, in a recent interview with National Public Radio, said many of states are at best breaking even. And for some productions, governments actually pay out far more than they are paid back in sales and payroll taxes.

“It doesn’t improve our labor force,” Vitner told NPR. “It doesn’t provide us with any fixed assets that are going to improve our competitiveness… The only thing that keeps bringing folks back here is our willingness to continue to, to give them money.”  Think tanks across the political spectrum say states would see more positive economic benefits from a general tax cut than from paying to attract one specific industry.

But around 40 states are seeing enough of a payoff to keep incentive programs rolling. Take North Carolina, for example. Thanks in part to the state’s 25 percent refundable tax credit, summer blockbuster Iron Man 3 shot there, and was a huge economic engine for the state.

According to materials released by the Motion Picture Association of America, the production brought $88.4 million into the state as “direct spend,” (the purchases of goods and services directly incorporated into the production) and generated an output, (the value of goods and services produced) of $179.8 million. It employed 2,043 employees and generated $104.1 million in labor income.

Spending associated with the film engaged 719 vendors across 84 communities. When production wrapped, North Carolina wrote the film a check for $20 million.

To put this in perspective, the film generated $8.99 in economic output for every dollar North Carolina paid to the production company.

But benefits are not limited to states. One municipality cashing in is Albuquerque, N.M.

Offering a wide range of “looks” (an industry term meaning that it can double for other locales) and a close proximity to the studios of Los Angeles, the city “has a long history of film making,” says Ann Lerner, of the Albuquerque Film Office.

“The first film was shot in Albuquerque in 1896 by the Edison Company,” Lerner says, and the city has been going strong ever since.

When the Screen Actors Guild went on strike in the early ’90s, and many productions moved to Canada, Lerner says New Mexico Governor Gary Johnson worked diligently to craft incentives to bring shows back to the state.

Today, that incentive comes in the form of a 25 percent refundable tax credit. On top of the state credit, Lerner says Albuquerque has worked hard to be as “film friendly” as possible – offering, among other benefits, a streamlined, cost-free film permitting process.

And it’s paid off – to the tune of $93 million of direct spend for FY2013. Lerner says this is an aggregate number, for all productions that filmed in the Albuquerque area during that time, not including the state’s payback.

Throughout the years, many films and TV shows have been shot in Albuquerque, including Beerfest, Spirit, Wild Hogs and Crash. This past fall alone, three films and two TV shows chose Albuquerque as their home. But the big one, Lerner says, was Breaking Bad.

Every episode of Breaking Bad shot in Albuquerque took about 8 days, according to Lerner. During each 8-day period, the production brought in $1 million of direct spend. But the production had many other, intangible benefits, such as job creation.

“For Breaking Bad, 90 percent of the crew was New Mexican,” Lerner says, adding, “these are high-paying, creative jobs.” Peripheral industries also benefit, such as lumber, construction, transportation and entertainment.

“There are a lot of ways [we benefit] from the industry.” Lerner says. “The whole state is busy.” 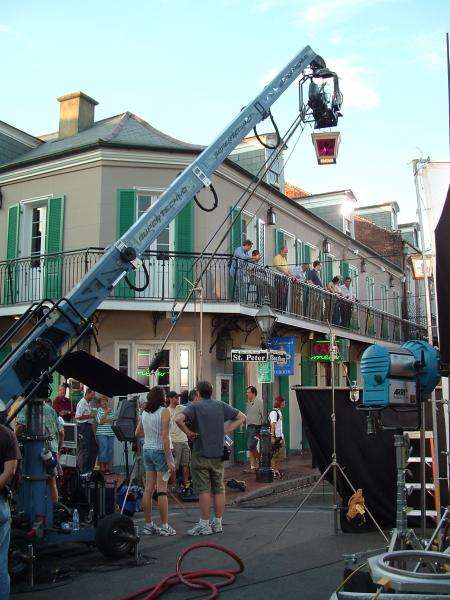 Chris Stelly, executive director of Louisiana Entertainment, a division of the Louisiana Economic Development department, says his state shares the same commitment to production, and has seen similar payoffs.

“About 10 years ago, in 2002, we looked at industries that made sense [to target for the state],” Stelly says. “Production was one of them.”

Stelly says that the state averages around 100 productions, large and small, a year.

To attract these productions, Louisiana offers a 30 percent tax credit, as well as a 5 percent credit for money spent in the state, Stelly says. The savings attracted some of the biggest films in years. Django Unchained, 12 Years a Slave and The Butler are all recent Louisiana productions.  According to materials released by Louisiana’s Office of Entertainment Industry Development, the state gave back $218.4 million in production credits in 2012.

According to the report, “In that year, the tax credit programs supported just over $1.1 billion in sales at firms in the state, $770.6 million in household earnings for state citizens and 15,184 jobs… this spending generated $53.9 million for the state treasury and $34.7 million for local governments.”

And the state wants to keep this going. Although a lot of films are coming out of Louisiana, Stelly says the incentives aren’t film-specific, so that Louisiana will be on the cutting edge of things like web-based productions, as well as remaining attractive to the post-production industry, such as editing studios and sound design.

So how can a community cash in? First, it needs to develop some sort of tax incentive. Banks says, “15 years ago, location was the most important thing on a production company’s list. Now, that is second or third. First is whether there is an incentive.”

Then, Banks suggests partnering with the state film department or department of economic development to promote that incentive. “Even if it’s as little as a sales tax break, communities are doing themselves a disservice by not publicizing [incentives] through the state office,” Banks says.

For a more in depth anaylsis of the structures of various tax incentives states offer production companies, watch American City & County’s interview with Chiquita Banks below.