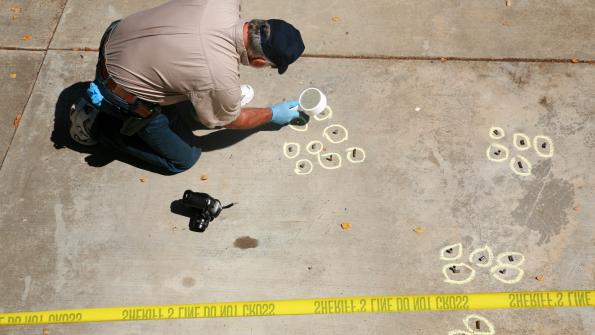 Leaders in one of the nation's most violent cities, Oakland, Calif., are looking to increase surveillance measures to cut down on crime. But the new program, centered on a proposed multimillion dollar “Domain Awareness Center,” has some concerned over privacy issues.

Oakland has one of the highest crime rates in the country, and some city and law enforcement officials say increased surveillance could cut down on crime. The Sheriffs Office and city council have proposed constructing a “Domain Awareness Center" (DAC), which, according to Al Jazeera America, would employ thousands of live feed cameras, gunshot detectors and license plate readers to increase situational awareness throughout the city.

Ahsan Baig, Oakland’s interim director of information technology, says analysts at the center would monitor data coming in from these various sources, according to Al Jazeera America. The data would then help law enforcement and emergency services respond to incidents.

In a November city council meeting, citizens and council members clashed over the proposition. City officials argued that increased surveillance would protect residents, but those critical of the plan say it violates privacy rights. After heated debate that lasted into the early morning hours, council members voted 6-1 to move forward with the project, according to Al Jazeera America.

The DAC is set to go live in July 2014, according to SFGate, and will be funded entirely by a $10.9 million grant from the Department of Homeland Security. It will be able to consolidate and analyze data from numerous sources to assist law enforcement and emergency responders.

“The problem we see from within the city is that we [currently] have a whole bunch of information silos,” Baig told SFGate, “now when you bring all this information together [at the DAC], that gives you a fuller picture.”

Baig sees the center as a futuristic crime stopper. He explained to Al Jazeera America that he envisions supercomputers pulling in data from thousands of sensors around the city with analysts monitoring the data around the clock. At crime scenes, GPS coordinates and criminal databases could locate nearby felons. Analysts could produce real-time reports for those responding.  “It’s pretty much instantaneous,” Baig said. “In a spit second.”

But not everyone is sold on the idea. Worried about the “Big Brother” potential of such a center, Oakland resident Joshua Smith voiced his concerns to the city council on Nov. 19, SFGate reports. “You need to focus on what it can become,” he said. “Not what it is right now.”

Parker Higgins, an activist with the Electronic Frontier Foundation, echoed the sentiment at the meeting. “At a time when mass surveillance is getting unprecedented attention, it is unconscionable to push these plans forward without robust participation.”

Citizens aren’t the only ones with concerns. Michael McNerney, a San Francisco-based security consultant who was once a cyberpolicy adviser to the Pentagon, told Al Jazeera America the city’s proposed operating budget of $1.25 million per year seems small, and the insider threats, “like cops spying on their ex-girlfriends,” and outsider threats such as hackers, could cause a problem. “Even powerful federal agencies have a hard time stopping [hackers],” Higgins said.

While the project does not yet have a written privacy policy, Al Jazeera America reports the city has asked the American Civil Liberties Union of Northern California to help craft one. But that organization, too, has its doubts on the center's dedication to privacy.

Linda Lye, an ACLU attorney, told Al Jazeera America that federal grant money has a “distorting effect” on city leaders. Officials who once valued privacy can end up treating it like an afterthought, she said.