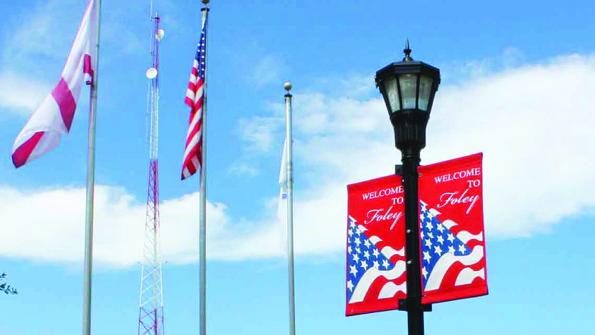 Between 2000 and 2010, Foley, Ala., located just west of Pensacola, Fla., saw its population double. As a result the city, then home to nearly 15,000 residents, experienced a strain on its public entities, from parks and fire stations to City Hall.

In 2012 Foley launched an energy initiative in an effort to manage operating costs while delivering quality services to its growing population.
City officials enlisted Schneider Electric to conduct an energy savings performance contract (ESPC), providing innovative solutions for energy management, HVAC, irrigation, lighting, water conservation and communications. Slated for completion this year, the ESPC will save the city 33 percent in annual energy costs, totaling $4.2 million in savings over the 20-year contract.

In addition to leveraging the savings to pay for the project, the city was awarded government funding, including $2.8 million from a federal QECB and a $350,000 ADECA state loan.

Foley’s citywide ESPC includes major retrofits to existing infrastructure, facilities and sites. The city also launched a messaging and branding campaign designed to raise public awareness about the project and its impact on city residents.

Upon completion of these renovations, Schneider Electric’s Performance Assurance Support Services (PASS) will provide remote 24/7 monitoring, technical support and a complete analysis and reporting of energy use to guarantee savings and project performance after the initial installation.

In addition the measured savings, environmental impact of the improvements will be equivalent to removing 1,663 cars from the roadways or planting 2,262 acres of trees to balance the ecosystem.

Moving into the New Year, Foley will be well on its way to providing efficient, sustainable services.