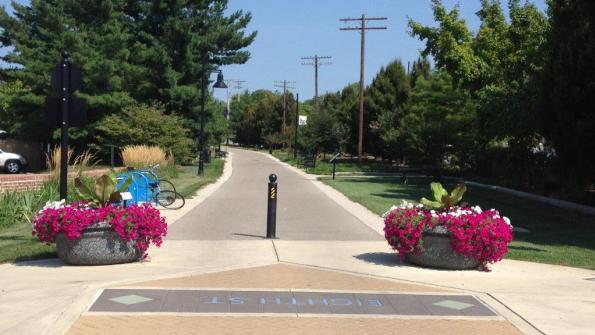 As the nation’s “baby boomers” grow older, communities must prepare for a major demographic shift – but that doesn’t necessarily mean tremendous policy overhauls or daunting public works projects. As communities nationwide are discovering, small shifts in perspective now can make huge differences down the line.

The Centers for Disease Control (CDC) reports in its State of Aging and Health in America 2013 that growth in both the number and proportion of older adults in the U.S. is unprecedented. Two major factors account for this – the aging of baby boomers and longer life spans due to medical advances. In the next 25 years, the population of Americans 65 and over will double to about 72 million, according to CDC numbers. By 2030, seniors will make up about 20 percent of the U.S. population.

So how can municipalities prepare for the inevitable “graying of America”?

John Feather, CEO of Grantmakers in Aging, a philanthropic organization dedicated to improving the lives of the elderly, says preparation doesn’t necessarily have to be a major ordeal. He says  that meaningful changes tomorrow can be enacted through slight shifts in perspective today.

Feather recommends communities examine what he calls an “aging lens,” or the way municipalities regulate themselves with the elderly in mind.

As a demonstration of an instance where this lens was not effectively utilized, Feather cites New York City project, where, in an effort to curb vagrancy, the city began removing park benches.

While the project did help with loitering issues, it had the unintended effect of cutting down on seniors’ mobility, as there were sometimes no places to sit and take a break for many blocks. It became a big enough problem that it kept some seniors homebound.

“This never came up on anyone’s radar,” says Feather, who argues that senior issues are not always immediately apparent. “You have to ask, and ask repeatedly.”

Kansas City is another population center already preparing for the shift. Covering two states (Kansas and Missouri), nine counties and 119 municipalities, the city (and its elderly population) is growing, and officials are preparing now to help their constituents age with dignity and comfort.

Cathy Boyer-Shesol, KC Communities for All Ages project manager, says Kansas City’s 55+ population is just over 218,000, but that number is expected to almost double by 2030.

Boyer-Shesol says that one of the main issues with the growth will be engagement. 88 percent of seniors will remain vital in their old age, she says. “We need to look at this as an opportunity to get them involved.”

Improvements thus far have been policy-based and centered on public education, says Boyer-Shesol. One recent accomplishment was her organization’s release of a toolkit for communities looking to become more age friendly.

When asked why these shifts must occur, Boyer-Shesol replied, “Boomers have redefined everything… we should expect this to continue.”

Bloomington, Ind., is also positioning itself as a leader for age-friendly communities with projects like the B-Line, a senior-friendly walking trail connecting various facets of the neighborhood.

Dr. Philip Stafford, director of the Center on Aging and Community of the Indiana Institute on Disability and Community, says that at its heart, Bloomington is a college town. But when the students are away, the 65 + crowd then makes up 16 to 17 percent of the population, and this number is growing.

Bloomington’s goal, Stafford says, is to maintain its population base. To do so, tweaks to zoning must be made now to ensure communities are friendly for all ages. This is particularly true around the B-Line.

The “rails-to-trails” B-Line project was completed over the past five years. The paved walking trail has become popular for its access to farmers markets, City Hall and a variety of retail shops and restaurants. “Think of it as a linear park,” Stafford, says, adding, “but it could be so much more.”

Stafford wants to see universal-design concepts incorporated into the area’s zoning – ensuring residences, shops and restaurants would be senior friendly in both form and function. This would allow residents to not be displaced as they age, while still remaining attractive to Bloomington’s younger families.