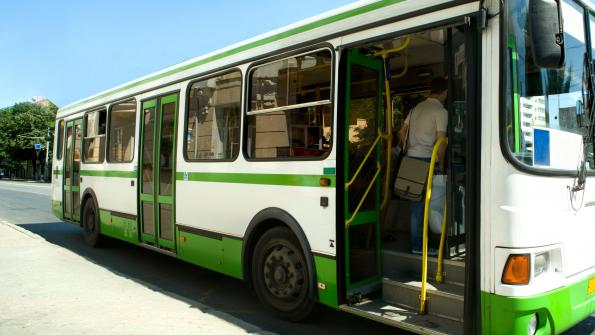 The use of electric buses in municipal fleets across the country is on the rise.

Louisville, Ky., is next on the ever-growing list of cities going electric, according to materials released by Proterra, a manufacturer of clean-fuel, heavy-duty vehicles. Pomona, Calif., San Antonio, Texas, Tallahassee, Fla., Worcester, Mass., Reno, Nev., and Seneca, S.C., all currently have or will soon add electric buses to their fleets.

Louisville will use 10 new electric buses to replace the Transit Authority of River City’s Toonerville II Trolleys, according to GSA Business. The buses will operate in Louisville’s downtown business district.

In 2011, Pomona, Calif.,-based Foothill Transit became the first transit agency to use on-route charge electric buses, after purchasing three of the vehicles. Since that time, they have ordered 12 more, according to GSA Business.

Depending on how each bus is equipped, the vehicles cost between $875,000 and $900,000 apiece, Garret Mikita, president and CEO of Proterra, told The Windsor Star. However, he added that cities can expect to recoup the cost of a bus in fuel savings alone over approximately 12 years.

To put the numbers into context, Mikita told The Windsor Star that an electric bus offers a “600 percent cost advantage over diesel and natural gas.”

“The market is really starting to embrace the idea that electric buses just make sense,” Mikita said in a statement. “It’s hard to argue with proven cost savings, more predictable fuel expenses and improved reliability, and while we are thrilled to see forward-thinking cities like Louisville embrace this game-changing technology, we know that we have only scratched the surface of this market.”
_____________