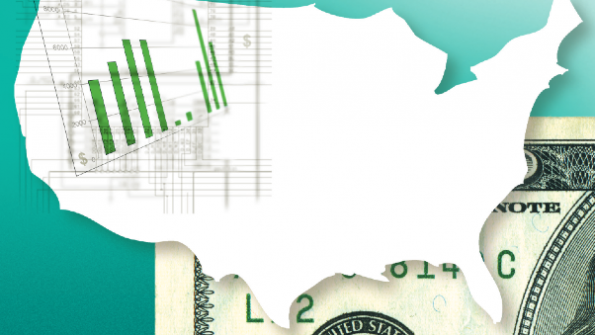 A new report released by the United States Conference of Mayors demonstrates the vital economic importance of our nation’s cities, and illustrates their stagnating growth through the recession.

The U.S. economy is showing signs of recovery, but the nation’s cities still struggle.

While two-thirds (244) of U.S. metropolitan areas saw some measure of economic expansion in 2013, nearly 40 percent of these areas grew by 1 percent or less, according to a report released by the United States Conference of Mayors (USCM). This negligible growth rate is a cause for concern, as the economies of many U.S. cities are among the largest in the world.

Additionally, metropolitan economies play a critical role in our nation’s fiscal health. The report indicates that in 2012, 92.3 percent of jobs added, 89.2 percent of growth in real gross domestic product and almost 100 percent of population gains occurred in metro areas

“This report shows that our nation’s cities and their metro areas are real players on the international scene. If we choose to ignore our metro areas, we will do so at our own peril. USCM CEO and Executive Director Tom Cochran said in a statement. “To stay competitive as a country, we must invest in their economic growth and job generating power.”

Those doing well are metro areas benefiting from booms in the energy and housing industries. Metro areas of Texas, including Midland, Odessa, Victoria and Austin top the fastest list of growers, according to the report, with oil production increasing in the state by 37.1 percent. Also included in the oil boom are Fargo and Bismarck, N.D., both benefiting from increased production on the Bakken Shale Play. These metros will see a real Gross Municipal Product (GMP) growth of over 5 percent in 2013.

States seeing increases in GMP from the housing industry include California, Arizona and Florida. Specifically, San Francisco and San Jose, Calif.; Jacksonville and Sebastian, Fla.; and Phoenix, Mesa and Glendale, Ariz., will all see a GMP bump of approximately 3 percent.

However, growth in a handful of cities is weighed against stagnation in most others. The report indicates growth in 93 metro areas won’t break 1 percent, and 119 more will see their GMP plateau or decline.

Because of the precarious state of the U.S. economic recovery, especially as it pertains to cities, the USCM warns against avoidable pitfalls. “Because the recovery is still very fragile, we cannot afford manufactured crises like sequestration, the debt ceiling battle and the federal government shutdown,” USCM President and Mayor of Mesa, Ariz., Scott Smith said in a statement. “So it is important that Washington not return to dysfunction, which has real economic consequences in our cities and on Main Street.”