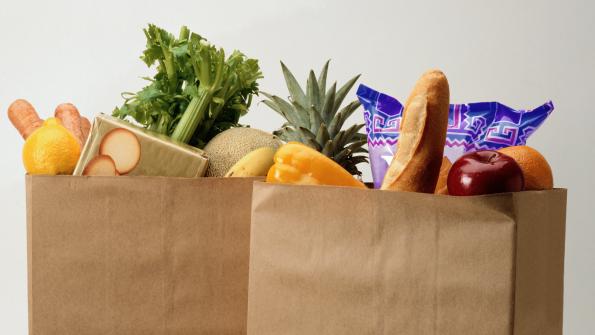 The cost of cutting food stamps

America’s underprivileged are feeling the effects of a $5 billion cut to the Supplemental Nutrition and Assistance Program. But the imacts may extend further than the pantries of the poor.

On Nov. 1, a temporary boost to the Supplemental Nutrition and Assistance Program (SNAP) or "food stamps" expired, leaving some 47 million Americans to shoulder a $5 billion deduction for FY 2014. How will these cuts affect Americans and the states where they live?

The impact felt at the household level depends on the size of the family. Citing figures from the U.S. Department of Agriculture, The New York Times reports that, for a family of four receiving the maximum amount of $668 a month, the figure will fall to $632. The maximum benefit for a single adult will fall from $200 a month to $189.

And cuts to SNAP will not end with this year’s $5 billion. $6 billion more will be cut during FY 2015 and 2016, and The New York Times reports the House has proposed cutting another $39 billion from the program over the next 10 years. The Senate has proposed a $4 billion cut for the same 10 year period.

A new map, released by Stateline, the news service of the Pew Charitable Trusts, breaks down the impact of the most recent cuts, state-by-state. Stateline’s numbers for the three states most reliant on food stamps are as follows:

But the cuts won’t only affect those reliant on food stamps. Michael Feroli, chief U.S. economist at JPMorgan Chase, told The New York Times that since nearly a seventh of the American population will have to tighten the purse strings, the cuts will result in an estimated 0.2 percent drop for annualized consumption growth in the fourth quarter of FY 2013. Feroli also expects to see a 0.1 percent drop from the annual growth rate of the nation’s gross domestic product. While these amounts may seem negligible, The New York Times points out projections for gains in fourth-quarter GDP hover around just 2 percent.

Fiscally conservative leaders in the House claim the cuts are scaling back government handouts, but some say the poor should not be asked to make do with less. Stacy Dean, vice president of Food Assistance Policy at the Center on Budget and Policy Priorities, said in a statement, “The benefit cut that began to take effect today will make things harder for tens of millions of Americans who are already struggling to put food on their tables each day.  Policymakers should not make things even worse for them.”