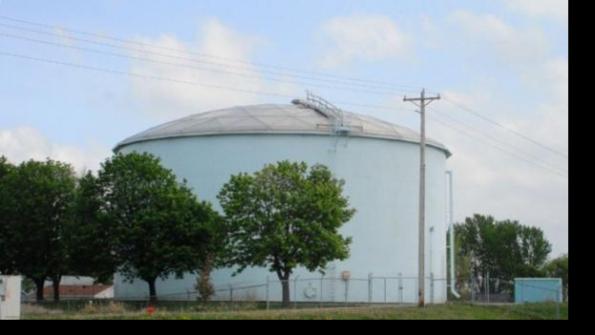 The Bandel Reservoir, one of the city’s largest, has a capacity of 2.25 million gallons and measures 45 feet high and 95 feet in diameter.  Such prolonged cold has a negative effect on these reservoirs, most notably the formation of ice buildup as much as two feet thick inside the larger tanks. This causes paint to chip away in the interior walls, which in turn leaves unwanted sediment in the water as well as forces Rochester Public Utilites (RPU), to repaint the tanks frequently.

Until recently, Cary Johnson, RPU Water Operations Manager, dealt with the issue by way of exercising the tanks – starting and stopping the pumps based on water levels in the reservoirs. Despite exercising the tanks, RPU still experienced ice buildup in the larger reservoirs. Because the ice damaged the paint on the interior walls, RPU had to move its painting schedule up from 15 years to 10 years.

The GridBee GS-12 submersible electric mixer was introduced in 2011 to solve the problem. According to a press release from The Medora Corporation, the mixer sits on the bottom of the tank and creates a constant flow, taking new, incoming water off the floor and mixing throughout the water column.

“We experienced virtually no ice buildup in the Bandel Reservoir after installation of the GS-12 mixer,” said Johnson in a statement. “For comparison, we checked for icing conditions in another of our large water storage reservoirs and found we did still have ice in that tank.”

Due to the success in preventing ice buildup in the Bandel Reservoir, Rochester has budgeted for two more GS-12 mixers to be installed during 2013. The city will also conduct studies documenting changes in thermal stratification, short-circuiting and prevention of stagnation.