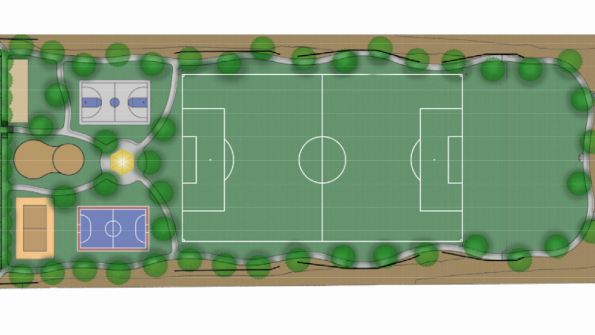 From garbage to green space

A lot once littered with household garbage and medical waste will soon become a 6.3-acre neighborhood park in East El Paso, Texas. On Nov. 14, ground was broken on the Cheryl Ladd Park after months of planning.

The lot used to be a blight on the neighborhood, according to project materials. The El Paso Times reports people illegally dumped garbage there, including medical waste, which was sometimes piled as high as eight feet.

"This land is being upgraded from an unofficial dump site to a state-of -the-art park facility due to great efforts from various stakeholders," Yesenia Castro, the project manager from the El Paso's Engineering and Construction Management Department, said in a statement.

The new park will include a basketball court, a sand volleyball court, a futsal court and exercise equipment. There will also be a shaded playground with a seating area as well as walking trails, illumination and landscaping elements.

In October, the El Paso City Council allocated $1.67 million of 2012 Quality of Life Bond money towards the project, according to project materials. The El Paso Times reports construction on the park should be completed in about four months, and it will be up and running by the spring of 2014.