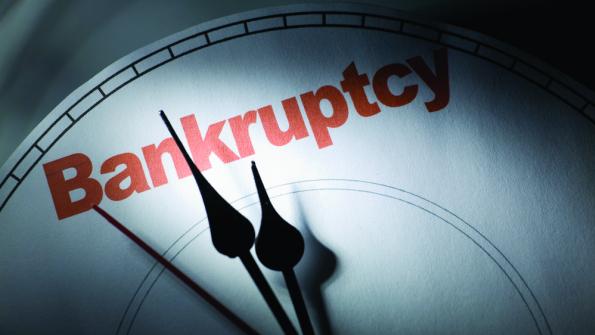 The cost of going bankrupt

Detroit filed the largest municipal bankruptcy in history this summer. Now the city is coming to understand that going bust comes with a hefty price tag.

Detroit’s bankruptcy, the largest municipal filing in history, is costing the city millions on top of the billions it already owes.

Facing an $18 billion debt, the city declared Chapter 9 in July, and while it struggles to manage this obligation, The New York Times reports an additional $19 million has been added to the tab by firms hired to manage and restructure the original debt.

It isn’t clear how much the bankruptcy will ultimately cost Detroit, but officials agree the bill will be sizeable. The New York Times reports some bankruptcy experts predict Detroit will shoulder as much as $100 million in extra costs. As of late September, Detroit has contracted with 15 firms to help wade through the financial mire – services which will cost the city as much as $60.6 million.

“It’s just ridiculous,” Edward L. McNeil, an official with the local council of the American Federation of State, County and Municipal Employees, told The New York Times. “The only thing that’s getting done is that these people are getting paid big-time while the citizens of Detroit are getting ripped off.”

Some lawyers from Jones Day, a firm that charged the city $3.6 million for four months of work earlier this year, bill as much as $1,000 an hour, according to The New York Times. One financial analyst charged the city $275 an hour, or $26,000 for two weeks of work.

However, some lawyers are working at discounted rates, and a fee examiner has been appointed by the city to ensure bills are reasonable, according to The New York Times. However, pensioners and creditors are expecting meager returns on payments they expected.

Currently, the debate in Detroit is centered on pensions. The Detroit Free Press reports during yesterday’s hearings, state-appointed Emergency Manager Kevyn Orr and attorneys for the city requested the authority to cut pension payments. Lawyers for retiree groups and unions argued Detroit’s bankruptcy should be declared unconstitutional.

Bruce Bennett, a lawyer for the city, told The Detroit Free Press it isn’t clear what type of cuts are needed, yet. It is possible for the city to sell assets to address deficits in pension funds, which Bennett estimates to be $3.5 billion. “We never said our objective is to eliminate pensions,” Bennett told the court, arguing that cuts should at least be negotiated.

The city has not yet filed its restructuring plan, which Orr plans to have complete by the end of the year, according to The Detroit Free Press. Trials on the constitutionality of Detroit’s bankruptcy begin Oct. 23.