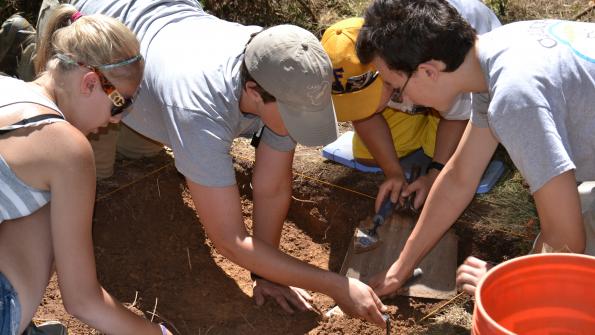 Until the first blow fell, no one was convinced that Penn Station really would be demolished, or that New York would permit this monumental act of vandalism against one of the largest and finest landmarks of its age of Roman elegance.

Those words, penned in The New York Times, went to press as demolition began on the old Penn Station to make room for Madison Square Garden in 1963. Known to some as New York’s greatest architectural crime, the demolition shirked the past in favor of the sleek and modern.

In a nation where newer is better and expansion is emphasized, many towns are fighting to preserve their municipal heritage. While progress is unavoidable, there are definite perks to preservation, from the less tangible cultural and educational benefits, to more concrete economic gains.

Some 40 miles south of Los Angeles, the Tustin, Calif., Hangars helped shape the cultural and historical landscape of Orange County.

Built to house airships during World War II, the Tustin Hangars were completed in 1943. The hangars are 17 stories high, more than 1,000 feet long and 300 feet wide, each with a floor area of five acres. According to Tustin promotional materials, they are two of the largest freestanding wood structures ever built.

The Tustin air base played a critical role in military aviation from 1942 to 1996, when it was closed. After the shutdown, many wished to preserve the hangars and their historic significance.

“We actually surveyed 5,000 Tustin residents and Irvine residents and we asked them,  ‘What do you think we ought to do with the hangars? Do you think they should be saved?’,” Christine Shingleton, asst. city manager of Tustin, says in the city’s informational video. “Everybody’s position was that they are historically significant and we should do whatever we could to try and save at least one of them.”

Presently, a park is being planned around one hangar that will include an ice rink/swimming pool facility on 84 acres, according to the Tustin Preservation Conservancy. The plan will cost $21 million and will be presented to the Tustin board when completed.

Through preservation projects, connections can be made to help residents understand where they came from. John Shafer, director of Ellanor C. Lawrence Park in Fairfax County, Va., – a site with history dating back to the 1700s – says the county’s Hands on History Program helps connect residents with their roots.

“We get people physically involved so they can experience the past in a way they can make a connection with,” Shafer says.

The programs, which have been offered by the county for over five years, allow families to experience what life was like for the early settlers of Fairfax. Shafer says programs have included teaching groups how to churn butter, wash laundry, cook using an open fire and make ice cream from cow’s milk.

“We can tell you dates and numbers,” Shafer says, “or we can help you actually experience it.”

On the importance of such programs, Shafer says, “This is public land held for the public good of the county. There is a value here, and we’ve been tasked with ensuring people understand the wealth here and connect them to it.”

At times, historical wealth can translate into physical dollars.

Whitney B. Wyatt, director of the Madison, Ind., Main Street Program, an urban renewal project and subsidiary of the National Trust for Historic Preservation (NTHP), says that by preserving historic places and emphasizing their importance, Madison has cultivated a small-town atmosphere that has attracted tourists, residents and business owners for decades.

“We have an atmosphere of Smalltown, USA. Some places go out of their way to build that up – we inherited it,” Wyatt says, adding, “People are drawn to that.”

For financial reasons, “instead of tearing down structures and rebuilding, Madison has had to rehabilitate rather than build new,” Wyatt says. “The result is a jaw-dropping amount of historic buildings along Main Street.”

Using the NTHP’s Main Street Program’s methods and resources, Madison was able to bolster the city’s economy while making it a desirable destination. “Historic preservation for Madison is important, and has a great payoff,” Wyatt says.

Patrice Frey, president and CEO of the National Main Street Center, says Madison’s results are not atypical. “This is one of the most successful commercial restoration programs in the country,” Frey says. Since its inception 33 years ago, the program has involved more than 2,000 communities, and currently the network is more than 1,000 strong, according to Frey.

Frey says that through the years, over $56 billion has been reinvested in small town main street projects. This has lead to the creation of 475,000 jobs nationwide.

Watch an exclusive video interview with Frey below.