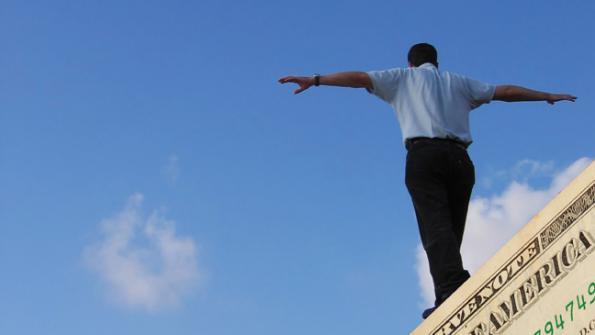 With a federal government shutdown all but certain, cities and states are bracing for impact.

In a matter of hours, non-essential federal government functions may be shuttering, due to congressional infighting over Obamacare funding. If an agreement can’t be reached, a partial shutdown of the federal government will occur. The ripple effect caused by the shutdown could be financially devastating for state and local governments.

Congressional leaders have been butting heads over funding the Affordable Care Act, president Obama’s flagship legislation that would provide federally subsidized healthcare to uninsured Americans. CNN reports funding for the act is incorporated into a bill that also would approve funding for the federal government. In short, GOP leaders (lead by freshman senator Ted Cruz of Texas) are insisting the spending bill defund Obamacare, and democrats are resisting.

The matter is now in the Senate’s hands. It will meet at 2 p.m. today to decide what to do. CNN reports the deadline to pass the spending bill is midnight. If the bill does not pass, the federal government will shut down, at least in part.

Local communities stand to lose millions every day the shutdown is in effect, according to The Washington Post. The shutdown could delay federal grants that support state-run programs and pay the salaries of state employees. Tax revenue earned from federal programs would also be in jeopardy.

But “partial” is the word to remember in regards to the shutdown, according to NPR. Essential programs will continue, such as Social Security, Medicare, food stamps and unemployment insurance, which all fall under the umbrella of “mandatory spending.” Also safe are functions of the military, border patrol and emergency response/disaster relief.

A memo issued by the White House Office of Management and Budget declared funding will continue for government functions “necessary to the discharge of the President’s constitutional duties and powers” or if the “suspension of the function would imminently threaten the safety of human life or the protection of property.”

Plans in place are similar to those made in 2011, in advance of a similar shutdown that was avoided in the 11th hour. According to The Los Angeles Times, more than 90 percent of the Smithsonian’s 6,4000 employees faced furloughs in 2011 as well as 80 percent of the National Parks Service’s 20,000 employees.

Barry Anderson, assistant director at the Office of Management and Budget during the last shutdown, which occurred in 1996, said the “essential vs. nonessential” delineation can be fluid during a shutdown. "During a short shutdown, you may not need to do certain things. But the longer it goes, more people may be deemed 'essential' over time," Anderson told NPR.

Lower level workers are concerned. “[Government officials] are very, very worried,” J. David Cox, president of the American Federation of Government Employees, a labor union of 650,000, told The Los Angeles Times. “Most members make $35,000 to $40,000 a year. That’s not a lot of money. Lets be real, they’re living paycheck to paycheck."