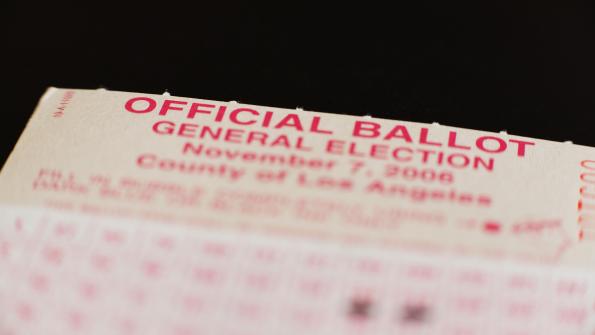 The battle for Boulder

Boulder, Colo., residents have struggled for years to wrangle control of the power supply from Xcel Energy. This November, voters will decide the future of the municipality's fight.

Residents of Boulder, Colo., have spent years fighting for the city to take control of its energy utility, so it can reduce dependence on fossil fuels. Now, due to social media outreach, the battle is getting national attention and has raised more than $170,000 from crowd funding.

New Era Colorado, a resident advocacy group, has been pushing for municipally-controlled energy in Boulder since the early 2000s, but the city’s third party energy provider, Xcel Energy, has been fighting tooth and nail to remain in power, according to local newspaper The Daily Camera. Now the back and forth is heating up, as a proposed measure, which will be included on the November ballot, could decide the future of Bouder's power.

In 2011, Boulder proposed a feasibility study to examine the ramifications of transferring the city’s power from Xcel Energy to the city, as proponents claimed municipal ownership and policies could decrease the city’s carbon footprint. Xcel fought the study, spending more than $960,000 on counter campaigns. Depsite the well-funded opposition, the measure narrowly passed, according to The Daily Camera. The resulting study found that a municipally run utility would be both cost effective and environmentally friendly.

In response to the feasibility findings, an Xcel-supported citizens group, Voter Approval of Debt Limits (VADL), wrote a measure that will be included on the November ballot.The provisions included in the measure require key elements of the municipal utility’s finances to be approved by voters. Instead of being able to float bonds to fund operations, Boulder would have to obtain voter permission before the utility could take on debt, according to energy policy publication Green Tech Media. Proponents of the measure say it will ensure rates will not skyrocket.

However, opponents argue the measure would place a near-impossible burden on the city’s utility. “Every one of the items in the ballot measure is meant to kill the [municipalization] process,” New Era’s Executive Director Steve Fenberg told Green Tech Media.

But VADL says the measure isn’t trying to cripple the effort. “This was not designed to torpedo municipalization, but to hold the line on rates,” VADL Spokeswoman Katy Atkinson told Green Tech Media. “This is the biggest expense Boulder has ever taken on. The [2011] feasibility study guarantees rates will not go up on day one – but what about day two?”

New Era, however, is not rolling over. The group took to crowdfuding site Indidgogo to raise money for a grassroots effort to defeat the measure. Two weeks ago, with help from Upworthy.com, a social media-driven news aggregator, a video released by New Era went viral. According to the Daily Camera, the outpouring of support was overwhelming.

"The contributions have been pretty amazing and through the roof," Fenberg told the newspaper. "The response [Upworthy] got was crazy. I think the people contributing see hope in what our community is trying to do here locally and want to see us succeed so other communities can learn form it."

New Era says the funds raised will be used to train community organizers, recruit volunteers, register voters, canvass neighborhoods, produce advocacy materials and host pro-municipalization events. The group hopes that with enough outreach, the measure will be voted down in November.

Although Fenberg told the Daily Camera his group still does not expect to outspend Xcel during the election season, “It gives us strength to have that much support behind us.”