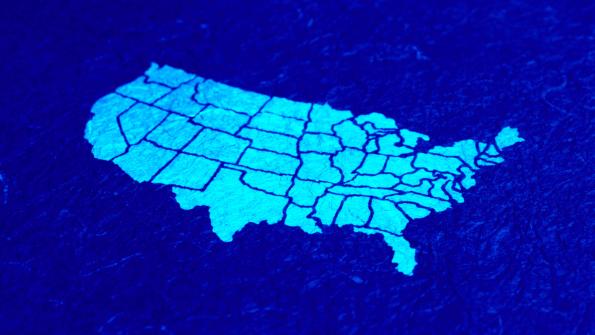 Secession hasn’t been considered seriously in city halls since the 1800s, but the idea is picking up steam in rural Colorado.

The three-member Kit Carson County Commission unanimously voted last week to include a referendum on the Nov. 5 ballot to ask voters if they support joining other rural counties in separating from greater Colorado, forming a 51st state, tentatively called “Northern Colorado,” according to The Washington Times. Kit Carson joins the growing list of counties in adding a secession referendum. That list now includes Morgan, Logan, Sedgwick, Washington, Yuma, Phillips, Weld and Moffat.

The secession movement is a reaction to what some see as the Democratically-controlled state legislature’s aggressive left-wing agenda, which some have called the “war on rural Colorado,” according to a The Washington Times report. Most of Colorado’s 64 counties are rural and conservative, but the state’s population centers are located in liberal-run Denver and Boulder.

Colorado’s General Assembly received criticism from its rural constituents this year for passing a number of left-leaning laws, including gun control measures and renewable energy initiatives, according to the The Washington Times.

If Northern Colorado is to become a reality, lawmakers warn of serious hurdles. Dave Young, a Democratic state representative of a portion of Weld County, pointed out the new state would have to address issues such as water rights. “If we sever from the state of Colorado, where is our water going to come from?,” Young asked at a public hearing. “I know this is an emotional issue for people, but I really think if we’re going to have this on the ballot, what we really need to have is a talk about these issues.”

Other leaders have lampooned the movement. Alan Franklin, political director of ProgressNow Colorado, posted a “State of North Colorado” flag on the 51stState Initiative’s Facebook page that includes images of a pig, two rifles, an oil derrick and a fetus, according to The Washington Times. He later tweeted “Farms. Fetuses. Firearms. Fracking. Freedom!”

But rural leaders aren’t taking the issue lightly. "This is not a stunt. This is a very serious deliberative discussion that's going on," Weld County Commissioner Sean Conway told CBS News. "There's a real feeling that a lot of folks who come from the urban areas don't appreciate the contribution that many Coloradans contribute."

The road to statehood will not be easy. According to the The Washington Post, the Colorado legislature and the U.S. Congress would have to ratify the notion, but it isn’t out of the question. West Virginia, Maine, Vermont and Kentucky were all once part of other states before forming their own governments.