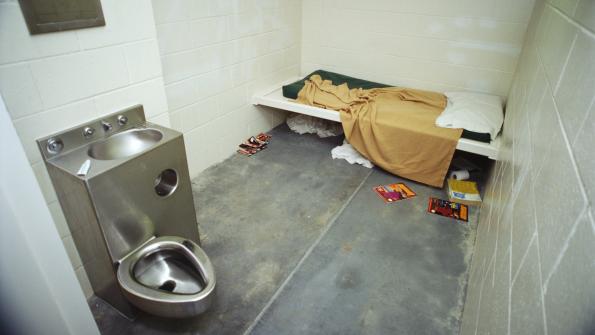 Municipal leaders are looking to third-party solutions to house tremendous prison populations, but experts disagree if private prisons are a viable solution.

America has jailed a higher percentage of its population than any other country, according to the Huffington Post. Overfilled, understaffed prisons have led to debate on the benefits of private, for-profit prison systems. As of 2010, private prisons held 128,195 of the 1.6 million state and federal prisoners in the United States, according to a 2012 report from the Sentencing Project, a prison reform advocacy group.

In one recent example of this debate, Ellis County, Texas, rejected privatizing the Wayne McCollum Detention Center on Aug. 13. One opponent, Ellis Sherriff Johnny Brown, voiced his opinion in an Aug. 8 meeting on the topic, according to local paper, the Daily Light.

“I came to [Ellis County Judge Carol Bush] and told [her] that we were looking at some things to put some money in the county coffers and it got carried away,” the Daily Light reports Brown said during the Aug. 8 meeting. Brown said he never intended to privatize the jail, and would not support the idea, according to the newspaper. He only suggested housing federal Immigration and Customs Enforcement detainees to bring money into the county.

New Hampshire, however, wants to keep privatizing on the table. Earlier this spring, the state’s House of Representatives struck down a bill prohibiting privatizing its prisons with Republican lawmakers saying the state needed to leave all options for saving taxpayer dollars open, according New Hampshire Public Radio.

However, reports conflict on the savings privatizing can provide. In 2011, using figures from Arizona’s prisons, the New York Times reported inmates in private prisons can cost as much as $1,600 more per year as they do in state-run facilities, while many cost about approximately the same.

“There’s a perception that the private sector is always going to do it more efficiently and less costly,” Russ Van Vleet, a former co-director of the University of Utah Criminal Justice Center, told the Times. “But there really isn’t much out there that says that’s correct.”

One study, conducted by Temple University, found that contract prisons do save money while maintaining at least the same quality as public prisons. Using prison expenditure data from 10 states, Temple University economists found private-public partnerships yields better performance, both economically and with the rehabilitation offered.

In a guest column for Ohio newspaper, The Blade, an economist who worked on the Temple University study wrote that privately run facilities generate long term savings of 12 to 58 percent, without sacrificing the quality of services delivered. The long-term savings for Ohio, they found, was 20 to 27 percent.

For more information on America’s private prisons, read the reports: