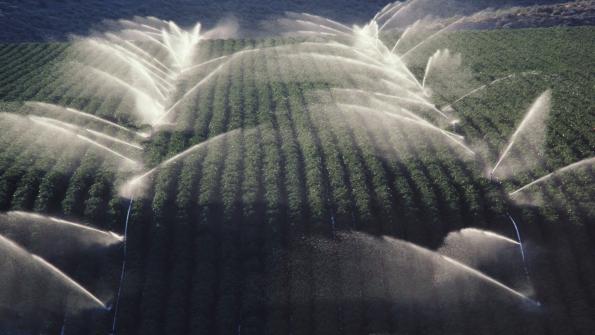 Massive profits from marijuana cultivation in California, combined with its legality in the state but prohibition nationally, have made its regulations nearly unenforceable. That has led to environmental damage as well as increased crime in areas with large numbers of marijuana farms, like Sacramento and Fresno.

Farmers must follow environmental regulations, but the discrepancy in marijuana’s legality has allowed illegal marijuana growers to manipulate the medical-use provision to hide their production, according to the Associated Press (AP). “This has to be fixed,” Calif. Assembly Member Dan Logue, R-Loma Rica, told the AP. “We have an issue in the state where agencies are fearful, and the law isn't being applied equally.”

From poisons and pesticides to land erosion and water shortage, marijuana farms receive little regulation and are damaging to the environment, according to a report from the New York Times released earlier this summer. “Since 2007 the amount of unregulated activities has exploded,” Stormer Feiler told the Times. Feiler is a scientist with the California’s North Coastal Regional Water Quality Control Board “They are grading the mountaintops now, so it affects the whole watershed below.”

Local officials in Sacramento asked the state to penalize growers who have violated clean water regulations, according to a report from the AP. The penalties start as cease-and-desist orders and can range from $5,000 a day to more than $1 million total, a spokeswoman from the state water board told the AP.

However, stopping the illegal marijuana production would be costly for California despite the environmental benefits of shutting down the farms. Marijuana crops are responsible for an estimated $14 billion in legal (and illegal) revenue, according to the AP.  Additionally, state officials fear that any actions against the large farms are too dangerous to enforce. Paula Creedon, the Central Valley Regional Water Quality Control Board Executive Director, told the AP, “We simply cannot, in good conscience, put staff in harm's way.”

The danger that Creedon worries about is all too real. Forester Jere Melo was killed while investigating an illegal marijuana farm on private land, according to the Western Farm Press, an American City & County sister brand. The publication also noted that the Fresno County Farm Bureau pointed to many other violent incidents in recent months related to marijuana farms, emphasizing the violence and crime drug farms bring to a community. Some illegal marijuana farms use trip wires, motion detectors and guards with heavy-duty firearms to protect their crops, according to the Wall Street Journal.

Illegal pot farms also are encroaching on other farmer’s lands. Fresno’s Central Valley is a hub of marijuana growers, and local farmers of regulated plants like peaches and grapes are fighting against the spread of marijuana, according to the Journal. Farmers are losing land to marijuana growers, and violence from pot thefts has created an increasingly dangerous environment. “We're sitting in a war zone,” Dennis Simonian, a farmer in the Central Valley, told the Journal.

Neighboring farms have also experienced crop loss when marijuana growers remove legal plants and grow hidden marijuana in place of the original crops. “We've got people coming out into the fields cutting out a crop that we've spent every day of our lives for six months working on,” Mike O'Banion, a Fresno farmer, told the Journal.

No definitive solution to the problem has been found. However, some people, like Humboldt County supervisor Mike Lovelace, think the national legalization of marijuana would allow for consistent, enforceable regulation, according to the Times.