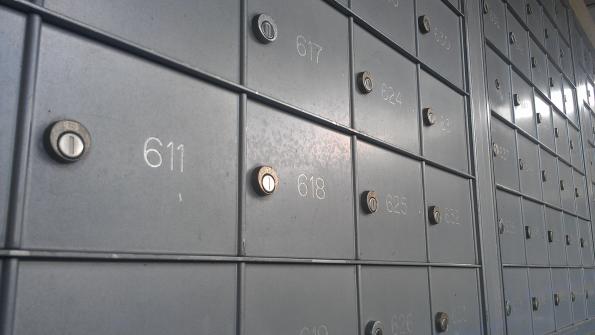 No more doorstep delivery from USPS?

A measure approved by the U.S. House Oversight and Government Reform Committee would phase out door-to-door mail delivery to improve postal service efficiency.

A U.S. House committee approved a measure July 24 to end door-to-door mail delivery by 2022. To save money by making delivery more efficient, drop off will be limited to boxes at the ends of driveways or cluster boxes, like those found at apartment complexes.

According to a National Public Radio report, estimates show one in three, or about 30 million, USPS customers currently use door-to-door delivery. This costs an estimated $350 per customer per year, as opposed to an estimated $224 for curbside and $160 for cluster box delivery methods.

The measure was passed by the House Oversight and Government Reform Committee, according to NPR, as part of a broader plan proposed by California Republican and Committee Chairman Darrell Issa to cut $4.5 billion annually from the Postal Service budget.

NPR reports that before the measure was put to a vote, Issa said that a "balanced approach to saving the Postal Service means allowing USPS to adapt to America's changing use of mail."

According to an Associated Press report, the USPS receives no tax dollars, but is subject to congressional oversight. The agency, to become more efficient, has been moving towards curbside and cluster box delivery since the 1970s.

However, the proposal is not without opponents. Rep. Steve Lynch, (D-Mass.) said the plan would be impossible to implement in dense urban areas. “You’d have to knock houses down in my neighborhood to build cluster boxes,” Lynch told the AP. “This will not work.”

The USPS is optimistic that the plan's measures could be cost-effective. In efforts to remain solvent, the cash-strapped agency has reduced annual costs by about $15 billion since 2006, cut its workforce by 28 percent and consolidated more than 200 mail-processing locations, the AP reports.

The financial troubles of the USPS are due mostly to two factors, according to the AP:

“The Postal Service looks forward to working with Chairman Issa and the committee to improve the bill as it makes its way through the legislative process,” Postal Service spokesman David Partenheimer said in a statement.

News Channel 15, located in Fort Wayne, Ind., reports that the measure still must pass the House and Senate, ultimately going to through the president. If passed, officials expect the changes to be phased in over the next 10 years.