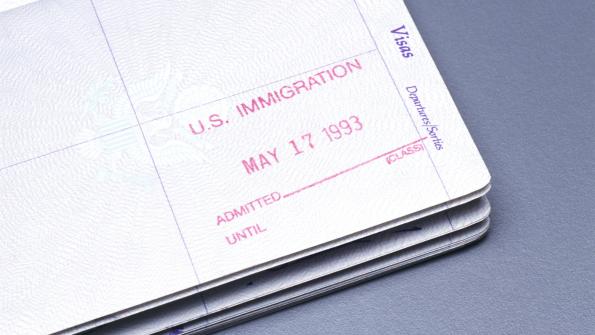 A new study released by the Pew Research Institute shows the majority of Americans agree immigration policy needs to be changed, but just how to go about doing so remains contentious.

A study released by the Pew Research Institute found that the majority of Americans say our nation’s immigration policies need major changes, but there is little consensus on what must be done to solve the problem.

75 percent of those polled said immigration policy needed “major changes” while 35 percent felt the policy must be “completely rebuilt.” However, according to the study, views were split on possible solutions. 73 percent of those polled said there should be a way for undocumented immigrants already in the country to stay, with 44 percent in favor of allowing individuals here illegally to apply for citizenship, and 25 percent feeling permanent legal status would be more appropriate.

53 percent of those polled felt that governments could do “a lot more” to secure the U.S. borders, while 13 percent felt little or nothing can be done to solve the problem.

Solutions, however, are a contentious issue. The survey cites partisan and ideological differences as a primary influence on opinions. 63 percent of conservative Republicans favored allowing undocumented immigrants to stay, provided they met certain requirements, 37 percent of Republicans believe illegal immigrants should be allowed to apply for citizenship. 23 percent of Republicans polled believed undocumented persons should be allowed to only apply for permanent residency.

85 percent of liberal Democrats favored allowing illegal immigrants to stay, with 62 percent saying they should be able to seek citizenship, and 22 favored permanent residency.

The poll found that across party lines, the majority of individuals don’t feel that allowing undocumented immigrants to stay would legitimize illegal activity. 56 percent of those polled said giving those here illegally a means to achieve legal status would not be rewarding them. 37 percent, however, felt such measures would reward wrongdoing.

By party affiliation, most Democrats and Independents (64 percent and 58 percent, respectively) say a means to achieve legal status would not be a reward, while Republicans were divided on the issue. 49 percent of Republicans felt it would be a reward, with 44 percent disagreeing.