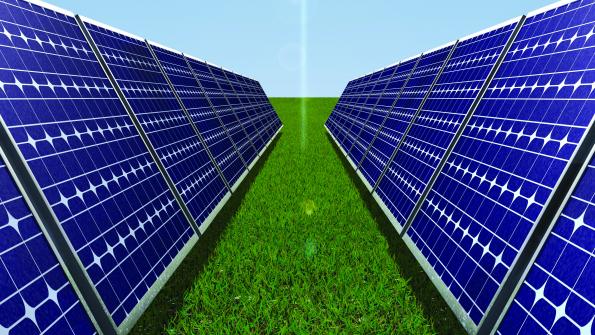 On July 11, The Georgia Public Service Commission (GPSC) approved privately owned utility, Georgia Power’s, proposal to retire 20 percent of its coal-fired energy production programs. In addition, GPSC passed a provision for the company to produce 525 megawatts of solar power for the state by 2016.

According to a report in the Newnan Times-Herald, some of the state's oldest and dirtiest plants will reduce production, while others will be shut down completely. Energy produced by the retired plants will be replaced by solar power – produced on a small-scale basis by private residences and businesses, as well as large-scale utility projects.

It is argued solar power is preferable to coal, as it is renewable and cuts down on airborne pollution. According to Sierra Club materials, Georgia is fifth in the nation for solar energy potential, yet it is currently ranked 38th for its total number of solar projects.

Coweta County, Ga.’s Plant Yates will stop burning coal entirely by April 2015, according to the Times-Herald. Units 1 through 5 will be shut down and 6 and seven will be converted to natural gas.

Other plants will be shut down completely, according to the paper. Plant Branch on Lake Sincliar near Milledgeville, Ga., Plant Kraft near Savannah, Ga., and Plant McManus in Brunswich, Ga., are all slated to close.

For the communities losing plants, the cost of cleaner air may be difficult to bear. According to a report on the Mother Nature Network, an environmental news publication, as plants shut down, tax revenues and jobs go with them. The report states that the health benefits of shuttering coal-fired plants may not be as obvious as the loss of economic opportunities. Pollution will drop, but so may populations, as taxes may rise.

Even with the closure of the plants, the Times-Herald reports Georgia Power will still have 25 to 35 percent more generating capacity than it requires. The addition of solar power will not increase that percentage, since it is an intermittent resource, and it “remains to be seen” if it will decrease rates, Williams told the paper.

This is not the first move towards solar Georgia Power has made. The utility’s “Advanced Solar Initiative,” was approved by the state in 2012. It was a plan to add 210 megawatts of solar energy over two years, according to the Times-Herald.

The goal of 210 megawatts was the largest amount of solar power promised by any utility in a state without a renewable energy mandate, Williams told the paper.

A portion of this power was generated by solar-equipped homes and businesses. TheTimes-Herald reports applications to participate in the program went so quickly Georgia Power had to implement a lottery system to award contracts.

Spring-boarding off of the program’s success, the GPSC voted 3 to 2 to require Georgia Power to produce 525 megawatts by 2016, according to the paper.

The additional solar power will continue to be generated in part by private citizens and businesses. John Kraft, another spokesman for the utility, told the paper the “distributed generation” participants will be paid $0.13 per kilowatt hour, while large-scale, utility-level providers will be determined through a competitive bidding process.

The Times-Herald reports that attitudes at the GPSC meeting were mostly pro-solar energy. The only anti-solar voices were from an Americans for Prosperity press conference – a meeting that included three speakers and no citizen activists.

Georgia isn’t alone in its shift away from coal. According to Sierra Club materials, since 2010, 149 coal-fired plant shutdowns have been slated nationwide.

“Solar is the best bet against rising electric rates — the fuel will always be free and you’ll never have to spend millions on environmental controls,” Colleen Kiernan, director of the Georgia Chapter of the Sierra Club, said in a statement.