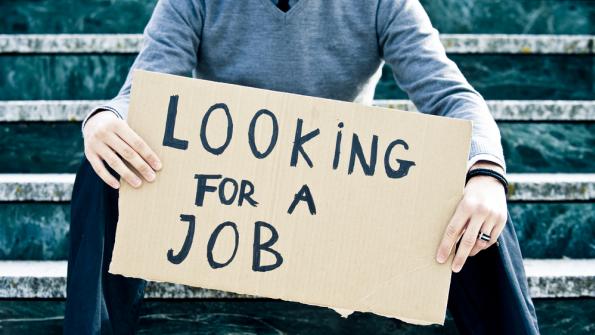 To repay debt incurred during the recession, North Carolina has restructured State unemployment benefits. Going into effect at the beginning of the month, the changes resulted in the state no longer being eligible for federal unemployment funds.

On July 1, North Carolina became the first state in the nation to eliminate federal unemployment assistance. Changing the structure of state unemployment benefits means the state will be ineligible for federal funds, leaving some 70,000 unemployed North Carolinians without coverage.

North Carolina has the fifth-highest unemployment rate in the country, according to a CBS News report. When the rescission hit, the state was unable to cover unemployment claims and needed to borrow $2.5 billion from the federal government to make up the difference.

“And it was a loan with interest,” North Carolina Gov. Pat McCory told CBS News, “and what I’m doing is I’m tearing up the credit card, and we are going to pay off our debt like every reasonable family has to do.”

In order to pay off the loan, McCory, with the help of a Republican-controlled legislature, cut current state benefits from a maximum $535 a week to $350 according to CBS News. Additionally, benefits now end at 20 weeks, rather than a previous 26.

Changing the structure of state benefits made North Carolina ineligible to qualify for federal benefits that take effect after state ones run out. McCory told CBS News that paying off the loan as quickly as possible will reduce the taxes employers pay.

“We are going to try and free up money so businesses can hire people and get them off unemployment,” McCory said, adding, “This is not an easy decision.”

Federal regulators, however, have taken issue with North Carolina’s new practices. While they have signed off on the majority of the state’s new unemployment laws, they warn that some language defining who is ineligible to receive unemployment needs to be changed, according to local radio station WRAL. A 13-page letter from Gary Gilbert, administrator with the U.S. Office of Unemployment Insurance, details areas where North Carolina’s legislation fails to comply with federal regulation.

WRAL reports that if the issues are not addressed, North Carolina could lose a grant for operating its unemployment system, and state employers could lose a key discount on their unemployment taxes. However, Josh Ellis, spokesman for the state Department of Commerce, told WRAL, “That’s way down the road.”

Not everyone shares McCory’s optimism that alleviating the tax burden will free employers to create new jobs. Protesters at Raleigh, N.C.’s, “Moral Monday” demonstrations have expressed outrage over the new unemployment legislation, among other policies enacted by the Republican-controlled legislature, according to an online Time magazine report.

Almost every Monday since late April, hundreds of protestors have gathered at the General Assembly in Raleigh to oppose policy they see as right-leaning. Since the inception of "Moral Monday," nearly 600 individuals have been arrested for refusal to leave the statehouse and other acts of civil disobedience, according to Time. Since the Time article’s publication, that number has grown to over 700, according to multiple sources.

State republican leaders have largely dismissed the protests, and sources say leaders are resolute on upholding the decision to eliminate federal assistance.