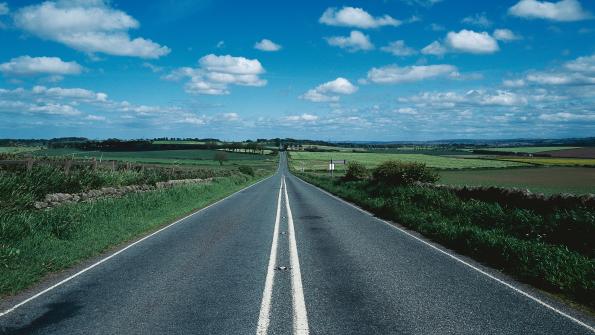 A new report from the Reason Foundation ranked the nation’s state-run highways on a variety of criteria. Coming in first was North Dakota for its low traffic volumes, moderate congestion and good system condition. Coming in last was Alaska for the poor condition of its rural thoroughfares.

North Dakota has the best state-run highways in the country, according to a report released by the Reason Foundation.

North Dakota’s state-owned highways, according to the report, have relatively low traffic volumes, modest congestion and good system condition. This, combined with relatively low expenditures, have consistently made the state a top-performer.

Valley News Live, television news source for Fargo and Grand Forks, N.D., reports the state has ranked first every year since 2001. With a total of 7,408 state-owned highway miles, the state has spent $52,143 per-mile since 2009.

All of North Dakota’s rakings for the state were in the top ten, save for fatality rate (44th) and deficient bridges (20th). Although the report does not hazard a guess as to why fatality rates are higher in certain states than others, it does indicate North Dakota lead in percentage reduction, seeing a .45 percent decrease in fatality accidents since 2009.

The other top rankers were:

The worst performer was Alaska. According to the report, Alaska’s main problems are the poor condition of its rural arterials and interstates, and a fatality rate 14 percent above the national average. Despite a 27 percent above-the-national-average spending increase, Alaska’s rural highways consistently perform poorly.

The other states at the bottom of the list include:

The report suggests that although individual highway elements (roads, bridges and pavements) deteriorate over time, they are improved through maintenance and re-construction. Because of concerted efforts from state governments, in 2009 the report found, “the overall condition of the U.S. state-owned highway system was in the best shape ever.” The most dramatic improvements came between 2008 and 2009, when six of the seven key indicators of system condition showed improvement across the board, including large gains in rural and urban interstate conditions, and a reduction in overall fatality rates.

Overall, the study found that spending on state-owned roads has increased 18.8 percent since 2005, but due to the recession, spending decreased slightly between 2008 and 2009. However, states were more cost-efficient in 2009, with administrative costs dropping approximately 14 percent and money being shifted to capital and bridge expenditures (a 3.5 percent increase) and maintenance expenditures (an 11 percent increase).