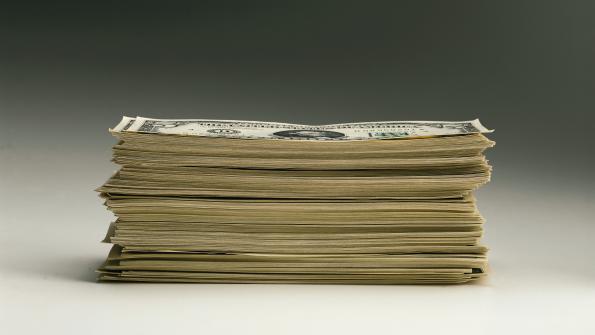 The development of new sports venues in cities like Detroit and Atlanta has sparked debate over the virtues of publicly financing these projects.

Research conducted by the University of Villanova found that public taxpayers end up shouldering the tax burden of new stadium construction. A city issues municipal bonds to fund a private stadium, and the residents of the city generally pay back the bonds through a sales tax, according to Tim Kianka, a staff member of the Jeffrey S. Moorad Sports Law Journal. “Ultimately, the question is, should taxpayers have to subsidize America’s wealthiest people, the billionaires who own professional sports franchises,” Kianka asked in his article, Subsidizing Billionaires.

Brian Frederick of the Huffington Post agrees with Kianka’s conclusion and argues against any public funding for a professional sports franchise. “These stadiums are white elephants that end up costing the public far more [Frederick’s emphasis] than they benefit. Harvard professor and stadium expert Judith Grant Long just published a new book showing that in 2010, American pro sports stadiums cost the public $10 billion more than originally forecast. And that's just additional expenses,” Frederick wrote in a sports blog for the Huffington Post.

An example of the dangers of publicly financing a new stadium comes in the form of the recently completed, $634 million Miami Marlins baseball park, according to writer Barry Petchesky of deadspin.com, a sports issues site. The Marlins’ stadium has decreased economic development in the area rather than creating a burgeoning economic environment. “Save a very few unique franchises, cities rarely make back the money they put into publicly financed stadiums — and almost never turn a profit. It's the team owners who get rich,” Petchesky wrote.

However, the negative assessment of public funding for new stadiums is not universal. For Bill Bradley, the writer of The Equity Factor blog, the tangible impact of new jobs provided by the proposed $650 million hockey arena for the Detroit Red Wings is immense. “Regardless of the potentially inflated economic impact number, 8,300 jobs is a lot of jobs, especially in Detroit,” Bradley wrote in an article for nextcity.org, an online resource for connecting and improving cities. The public funding will be provided by the Michigan Strategic Fund (MSF), a state-wide, public-private partnership devoted to the economic development of Michigan. The MSF recently issued 30-year bonds to cover the $365 million public portion of the new hockey arena, which is expected to be completed by 2016, according to Bradley.

In Atlanta, the proposed $1.2 billion New Falcons Stadium, expected to be completed in 2017, could revitalize poverty-stricken sections of a city, according to Rick Badie of the Atlanta Journal Constitution. “The focus this new stadium will bring, combined with signs of economic recovery, create a once-in-a-lifetime opportunity to end the cycle of poverty that has paralyzed these communities. The desired outcome is a community dynamic that creates jobs, empowers current residents and attracts new families,” Badie wrote in his blog for the Atlanta Journal Constitution. Atlanta is required to provide $200 million of the total cost that will be collected through a hotel-motel tax in the city, according to a news report from the local news station WSB-TV.

Others see the public financing of a stadium as simply a small piece of a larger public movement. In Oklahoma City, the public folded the construction of the $200 million Chesapeake Energy Arena, completed in 2002, into a much larger public works and municipal overhaul, according to Whet Moser, associate digital editor of Chicago magazine. “Rather than taking on debt, the city had the patience to pay for the development in advance,” Moser wrote in a blog for the magazine. “The city's arena was one piece of a massive civic redevelopment that took two decades.” Moser argues that building a public financed stadium is not necessarily bad, and the large debt that cities usually accumulate can be avoided through advanced planning.