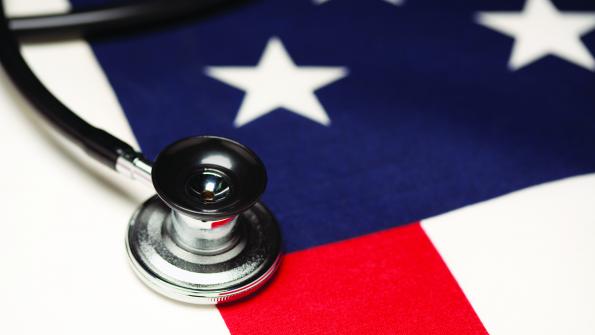 Medicare’s Competitive Bidding program will go into effect for 91 different regions July 1. While supporters say it will lower prices, opponents worry it will sacrifice jobs and care quality.

The Medicare Durable Medical Equipment, Prosthetics, Orthotics and Supplies Competitive Bidding Program, part of the Medicare Modernization Act of 2003, replaces outdated Medicare prices with lower, more accurate pricing. Under the program, suppliers submit bids to provide medical equipment and supplies at a lower price than what Medicare currently pays, according to Medicare.gov.

Under the bidding program, medical equipment providers would be legally required to use the lowest bidder for government-funded medical equipment, according to the Waterloo-Cedar Falls Courier.

Current areas using Competitive Bidding are the Charlotte-Gastonia-Concord region of North and South Carolina; the Cincinnati-Middletown region of Ohio, Kentucky and Indiana; the Cleveland-Elyria-Mentor region of Ohio; the Dallas-Fort Worth-Arlington region of Texas; the Miami-Fort Lauderdale-Pompano Beach and Orlando-Kissimmee regions of Florida; Pittsburg, Pa.; and the Riverside-San Bernardino-Ontario areas of California. The program's July 1 expansion will include an additional 91 areas (listed below).

“Competitive bidding is working, is saving taxpayers and beneficiaries billions of dollars, and ends unnecessarily high payments for common purchases like wheelchairs, diabetic testing strips and oxygen equipment,” a spokesman for the Centers for Medicare and Medicaid Services (CMS) said in a statement to Forbes.

The program’s website says an expansion of Competitive Bidding will save customers and Medicare money, ensure access to quality medical equipment and help limit Medicare fraud and abuse.

But not everyone agrees widespread Competitive Bidding will be beneficial.

Those in opposition say the quality of health coverage could suffer, with the lowest bidders not necessarily being the best, or even local. Jim Phillips, chief operating officer of VGM Group, a national buying group for independent home medical equipment providers, told Waterloo, Iowa, TV station KWWL, “It’s going to eliminate their ability to chose who they do business with. It’s going to eliminate up to potentially half of the home medical equipment providers in the country. It’ll mean a large job loss event for the country, and it’ll mean a lack of access for people in the country.”

David Tayloe, a sales and marketing representative with Ellis Home Oxygen and Medical Equipment in Marion, Va., told the Waterloo-Cedar Falls Courier that his business is vulnerable under the new policy, and is hoping for a delay in its implementation. “If not, we will have to deal with that,” he told the paper. “Our livelihoods are determinant on what happens with this.”

More than 220 members of congress have already signed a letter to CMS objecting to the advancement of competitive bidding, according to KWWL.

The letter, written by Congressmen Bruce Braley (D-Iowa) and Glenn Thompson (R-Pa.) calls on CMS Administrator Marilyn Tavenner to delay the program through the end of the year. The letter states, “We are extremely concerned that CMS’s apparent mishandling of this bid process will directly impact Medicare’s ability to serve its beneficiaries in the bid areas.”

However, a CMS spokesperson told Forbs, “We remain confident that seniors will have access to their equipment, savings will continue and we have no plans for delay.”

The 91 regions under the expansion include: