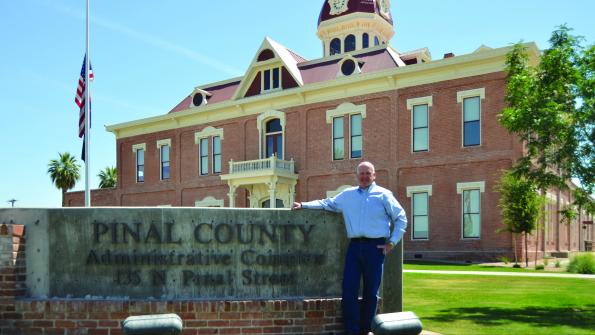 Close to capsizing, Pinal County calls on Fritz Behring to 'right the ship'

Shortly after Fritz Behring arrived in November 2010 as the new county manager for Pinal County, Ariz., he learned two project supervisors had backdated forms so the county could qualify for federal funding. When Behring questioned them, he recalls, they not only admitted they had changed the dates but seemed annoyed that Behring was even questioning their actions.

Behring says he was struck by the cavalier attitude, which he says displayed a lack of concern about breaking rules and placing the county at risk for fines or worse. “I called in their supervisor and told him that if these two managers were not gone by the end of the day that [the supervisor] would be gone as well,” he says.

Though Behring quickly points out the actions of the two employees were the exception rather than the rule, he also notes that employees throughout the county quickly took notice. “There were ripples throughout the organization — big time,” he says. “It sent a message that this kind of conduct would not be tolerated anymore.”

Behring’s message of change was not limited to county employees. It resonated among current and former political leaders and civic associations who all knew the growing county of just under 400,000 residents needed strong leadership to avoid financial disaster. And the county needed it quickly.

“He was able to go from zero to 60 in a short time,” says Steve Miller, a county board of supervisors member, who has become a strong supporter of the county manager’s fiscal policies. 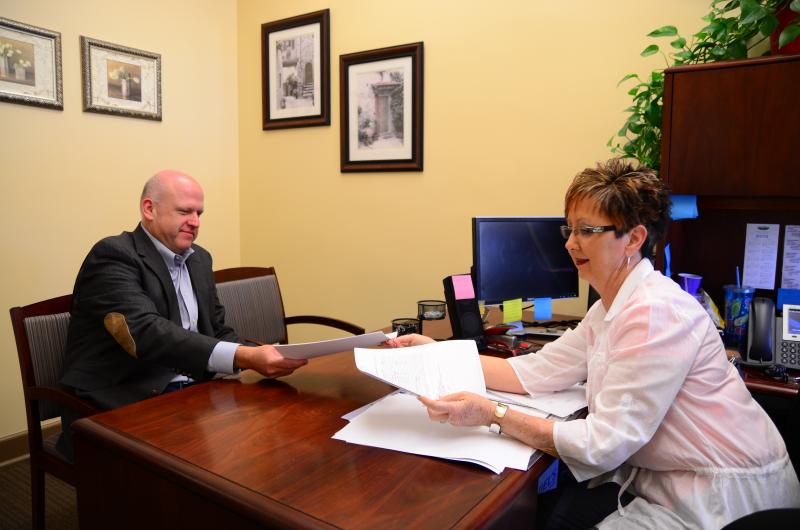 Since starting the job, Behring has balanced the county’s overall budget, without a tax hike, by cutting expenses from $429.8 million in fiscal year 2010-2011 to $334.5 million in fiscal year 2012-2013 and trimming payroll by 375 positions, largely through attrition and privatizing services. Behring was awarded the Good Government Award by the Arizona Tax Research Association, a 70-year-old tax watchdog group, for creating “a culture of conservative financial management as well as government transparency and accountability.”

For his strong performance during a crucial, transitional period in Pinal County’s history, American City & County has named Fritz Behring its 2013 County Leader of the Year.

David Snyder, a member of the board of supervisors that hired Behring, says the board was looking for a leader who could cut expenses quickly and had a vision for the future. “We wanted someone who could position us not only to weather the recession but could help us to hit the ground running when we come out of the recession,” Snyder recalls.

In addition to managing the financial straits, Behring also has: 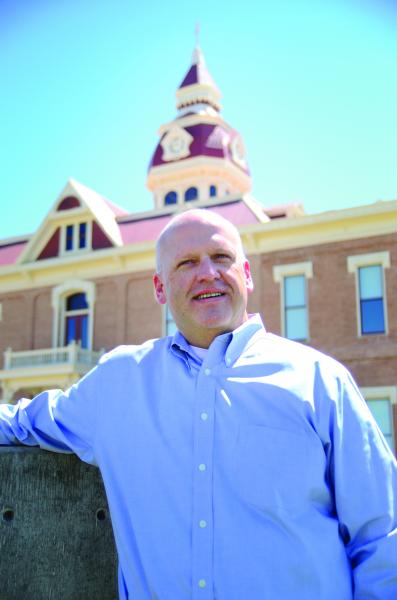 When Behring arrived, the county was still reeling from the 2007 guilty plea of former County Manager Stanley Griffis, who served three years in prison for stealing $426,800 in county road-improvement funds, filing his taxes illegally, receiving improper county reimbursements and citing false wages to increase his pension.

Miller says the old culture was well-ingrained into the organization. He recalls the evidence showed secret bank accounts and undocumented trips during the Griffis administration. “The first year [Behring] had to get his arms around the situation, tighten up the ship. There was some pushback by the old guard,” Miller says.

Wendy Petersen, the county’s human resources director until April 2013, says prior to Behring’s arrival, the county had very few set personnel policies. Rather, hiring was done “by winks and nods and handshake,” with many budgeted positions having more than a single occupant. But times have changed.

“He told managers to tow the line,” she says. “He was adamant that we needed to cut the unnecessary positions. He had to change the culture, the way things have been done for 100 years. He didn’t do it by making friends. He used firmness and resolve and consistency.”

Miller believes many county employees welcomed the changes. “The long-time employees saw the inequities and embraced the change,” he says. “People had never been rewarded for doing the right thing and wrongs were not reprimanded.”

Miller says people who work with Behring also appreciate his no-nonsense style. “You never leave the room wondering what he thinks,” he says. “You don’t wonder what he meant. His word is as good as gold. His honesty shines like a beacon.”

Largely through attrition, Behring cut 375 jobs, including 260 positions eliminated when the state privatized county health services. However, all but 10 managers moved to the private company. The county eliminated about 100 additional positions and forced managers to justify replacing any vacant position.

Behring made additional changes after learning from staff that the performance management system at that time “was completely worthless” because it was not tied to realistic and meaningful measures, according to Petersen.

The renovation came under fire by some candidates during the 2012 elections. Behring invited the critics to tour the new courthouse, and most became believers when they saw the meeting spaces and the building’s energy efficiency. (See page 26 for more on the renovation.)

The county moves ahead

Craig Sullivan, executive director of the County Supervisors’ Association of Arizona, calls Behring “a no-nonsense type of guy,” praising him for his business-like approach. Sullivan says that Pinal County is “a key growth” area as it transitions from rural to urban. He says Behring has a strong vision on what the county must do to make that transition. “The community needs growth policies and infrastructure to bring the best results 20, 30 or 40 years down the road,” he says. “Fritz and the board appear to have a focus on the future.”

A South Dakota native, Behring came to the job well prepared, having served as the top professional in governments in Nebraska and Florida. He says he knew the major challenge was to re-engineer Pinal County’s operation and gain his staff’s support.

“There were people resistant to it, who didn’t support the changes,” Behring says. “But I argued that the alternatives would only be worse, laid it on the table. For the most part, they became very cooperative.”

Behring credits his staff’s ideas about improving the county for part of the change in culture. “They had ideas for an incredible amount of savings,” he says. “I asked them why they hadn’t taken the initiatives. They said no one had ever asked their opinions before. No one had asked them to save.”

Behring also found the county was losing money when it housed federal prisoners at the local jail. For years, county leaders had been told that the county makes a surplus on the arrangement.
“It was a real weakness in the organization,” he says. “The people making the policies were making decisions on misinformation or half information.” The county is finalizing a new arrangement with the federal government, he says.

Public opinion and the future

Behring brought the public into government discussions. He held public meetings about renovating the courthouse. A special website page with frequent updates on the project was created. Also, the county website now includes information on all contracts as well as monthly expenditure updates and campaign financing.

Behring believes the new budget will be the last with decreasing revenues, as an improving economy finally provides more room for growth.

He points out that the $9 million cut in actual spending, from $174 million down to $165 million, has made a real impact on the county’s finances. “I’m hoping that this will be the last of the tight years,” he says, “and we won’t have to continue to cut spending.”

Behring says the county needs to plan for what he believes will be substantial growth in the future. One of his top priorities is to attract more businesses by reducing tax levies, which will help the economy resist boom and bust cycles.

“We need to develop the tax base,” he says. “We want to have people live closer to their job and not spend long times on the road.”

However, he says there is hard work ahead, once the county’s finances are fully stabilized.

“The answer is not easy, it can be painful,” he says. “If you don’t have a diverse economy, it’s really not sustainable. You can’t develop the infrastructure to improve the quality of life, to create more parks and recreation. But I think we’re on the right path. I really do.”