Most child drownings occur in backyard pools rather than municipal pools, according to a U.S. Consumer Product Safety Commission (CPSC) report. The CPSC has started a pool safety campaign. 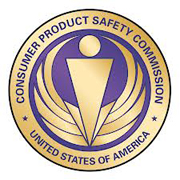 A call to action from the U.S. Consumer Product Safety Commission (CPSC) encourages parents to teach their children how to swim and to put a fence around all pools.

A report issued at the start of the CPSC campaign shows that most child drownings occur in backyard pools rather than municipal pools. About 48 percent of pool and spa submersion injuries and drownings of children younger than 15 occurred at residential pools. Roughly 24 percent of the injuries for children younger than 15 occurred at public pools, while 29 percent of the injuries occurred at undisclosed locations. The CPSC report is titled “Pool or Spa Submersions: Estimated Injuries and Reported Fatalities, 2013.”

There were no reported entrapment fatalities in pools and spas for 2012, according to CPSC data. The last recorded fatality of a child due to suction entrapment was in 2007. CPSC received seven reports of entrapment injury incidents during 2012

Government statistics shows that African-American and Hispanic children between the ages of 5 and 14 are at a higher risk of drowning, stated the CPSC press release.

“Drowning is the leading cause of unintentional death for children between the ages of 1 and 4 and minority children drown in pools at an alarming rate,” said CPSC Chairman Inez Tenenbaum. “The lives of countless children can be saved this summer. Take simple safety steps today—teach all children to swim, put a fence around all pools, and always watch children in and around the water.”

At the CPSC campaign kickoff event, U.S. Rep. Debbie Wasserman Schultz (Fla.-23) said “As we head into summer and families across the country are getting ready to take their kids to the pool, we must remind everyone how important it is to keep a careful watch on our children as they swim and ensure that their pools and spas have proper safety equipment.”

Wasserman Schultz outlined several safety steps. “Working together, we can improve the safety of all pools and spas by increasing the use of layers of protection and promoting uninterrupted supervision to prevent child drowning and entrapment. With government programs like the CPSC’s Pool Safely, people can learn simple steps to take to save lives.”