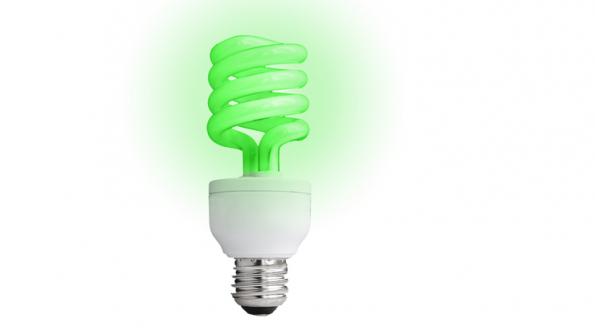 A new shade of green

Government purchasers helped launch the green building movement 20 years ago by being among the first to embrace the U.S. Green Building Council’s (USGBC’s) Leadership in Energy and Environmental Design (LEED) standard. Over time, the LEED green building standard made it easy to specify greener, high-performance buildings. Today, government projects account for 27 percent of the more than 13,500 LEED-certified buildings in the United States.

With green building more commonplace, the standards governments use to define greener buildings are facing greater scrutiny. As a result, government purchasers, led by the U.S. General Services Administration (GSA), again are taking the lead in advancing greener, high-efficiency buildings by working with others to improve LEED and other green building standards.

An early adopter of green building standards, GSA’s continued leadership was mandated by a 2009 Presidential Executive Order, which requires that 15 percent of its buildings meet a green standard by 2015. The agency also must show annual progress towards 100 percent of GSA buildings meeting the standard. As a result, GSA is reviewing the standards and specifications it uses to buy and lease its portfolio of greener buildings.

In addition, the Energy Independence and Security Act of 2007 required GSA’s Office of Federal High-Performance Green Buildings to identify the most comprehensive and environmentally sound approach to certify green buildings. After reviewing dozens of green building rating systems created around the world since LEED was launched in 1993, GSA identified three critical components of a successful green building program for its use:

GSA assessed the three programs against a more-detailed list of 27 federal requirements drawn from GSA’s internal green building principles, relevant federal legislation, and presidential executive orders. None of the three systems met all of the federal government’s requirements, but each was deemed to be a credible approach with Green Globes meeting 25 of the 27 requirements, Living Building Challenge meeting 14 and LEED meeting 20.

While other green building rating systems have emerged, more than 200 federal agencies, states and cities in the United States now require LEED certification for new public buildings. GSA owns or leases 641 LEED-certified buildings with an additional 3,954 buildings at some stage of the LEED certification process.

LEED is a rating system for buildings that consists of required elements like energy and water efficiency and optional credits that total up to 110 points. Buildings scoring at least 40 points are certified. Silver, gold and platinum designations are available for higher point totals.

LEED is revising its standards for the fourth time. The revisions being proposed are designed to address lessons learned from existing LEED projects and incorporate comments from GSA and other government and private sector users.

The proposed changes to LEED, which should be finalized later this year, include:
• Covering additional building types such as warehouses, distribution centers, data centers and renovations for schools and retail.
• Increasing the technical rigor of the standard to include additional emphasis on building performance.
• Adjusting credit ratings to reflect the significance of key building performance indicators, such as an increased weighting for energy efficiency and the expansion of the innovation category to better reflect the benefits of rapidly evolving green building technologies.

In addition, the proposed revisions promote sharing additional information about the environmental costs and benefits of the products used in building projects. The new point structure rewards products with third-party verified Environmental Product Declarations (EPDs). It is a summary of a far more in-depth lifecycle assessment (LCA), which identifies all of the relevant environmental impacts of a product or service. An EPD summarizes the LCA and provides purchasers with additional information about a product’s specific environmental impacts.

The U.S. Green Building Council’s proposed revisions to the LEED standard will reward manufacturers that have completed an EPD. The intent of the requirement is to encourage manufacturers to learn more about the environmental impacts of their products so they can continue improving environmental performance.

Government construction and renovation projects launched the green building movement 20 years ago. They continue to play a significant role with government purchasers specifying green standards and actively participating in the development and revision of those standards. Even though the next generation of green building space guidelines are currently being written, government purchasers are busy specifying it.