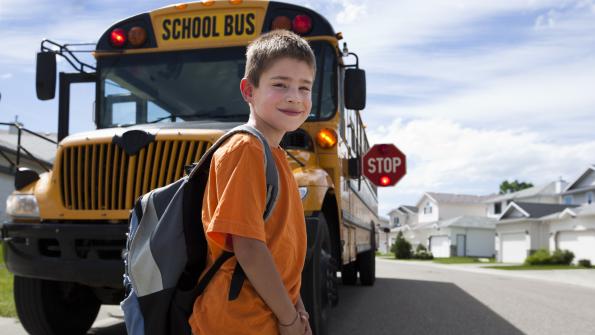 Mississippi lawmakers are striving to combat the shortcomings of the state's public school system.

Speaking of solutions for the education crisis in Mississippi, Bill Luckett, former Democratic gubernatorial candidate and current mayoral candidate for Clarksdale, Miss., told the AP, “We need a cultural shift. We need a big war; that’s how I look at it.”

One possible solution for Clarkesdale, a city representative of Mississippi’s greater education problems, was a more rigorous high school curriculum. Half of Clarksdale students live below the poverty line, with 90 percent qualifying for free or reduced-price lunches.

After successfully testing the more difficult material as a pilot program with 40 students, the lesson plans will be adopted city-wide next fall. Additionally, the AP reported that Clarksdale is one of four districts to experiment with paying teachers based on performance, another pilot program designed to help Mississippi develop a merit-based pay system for all its teachers.

These programs show promise. Clarkesdale Superintendent Dennis Dupree is confident that these measures can elevate the status of the area’s schools. “We’ve been seeing improvement,” he told the AP. “We know we’ve been seeing it.”

Currently Mississippi is one of 11 states without a fully funded state-funded preschool program. However lawmakers recently approved a plan for school districts to partner with Head Start centers and private childcare operators to jointly provide voluntary preschools, the AP reports.

The legislation will create a preschool program that could serve 1,325 4-year-olds in its first year, using a $3 million appropriation. Groups of preschool providers would apply for grants and use private donations or federal money to match the state funds. The AP reports this program will start in September 2014.

The struggling school district of Hattiesburg, Miss., focuses on teaching literacy from a young age. The “C-3 Literacy Initiative” targets children up to 5-years old in efforts to improve learning and reading skills before kindergarten, according to a Hattiesburg American Online report.

A reason for this early literacy push, Hattiesburg American reports, is that recent policy changes will make it impossible for children to pass the third grade without being able to read competently.

“We want them to have the reading skills when they enter school so they will be successful,” Deborah Woullard, director of the early literacy program for the Hattiesburg Public School District told the Hattiesburg American.

“All of those categories that we see that have an effect not only on quality of life, but on our society and workforce, go back to beginning with a failure in the educational system,” Mississippi Gov. Phil Bryant (R) told the AP. Bryant, who feels Mississippi’s weak economy can be traced back to its fledgling educational system, added, “there’s nothing better that I could do than change what I think has been a fairly ineffective educational system.”

Lois Erwin, a former principal at a Mississippi private school, shared Bryant’s concerns. She told the AP, “You’ve got to have a strong public school system or you don’t have economic development. That’s just it.”