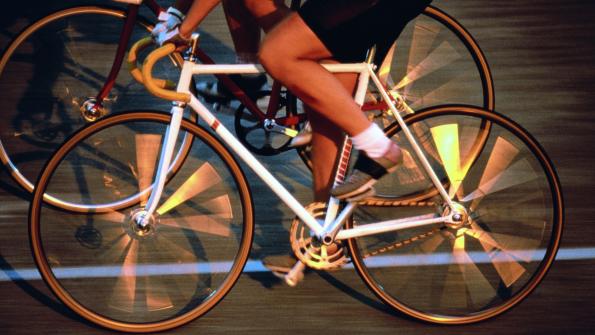 In an effort to curb the congestion on public transportation and roadways, Chicago’s new bicycle sharing program expects to offer over 4,000 bikes to public transit riders looking for a fast, inexpensive way to travel the last legs of their daily commutes.

The program, known as “Divvy,” will be managed year-round by Portland, Ore.- based Alta Bicycle Share, according to the Chicago Tribune. The $22 million dollar project is “expected to pay for itself” over time, Sean Wiedel, an assistant commissioner at the Chicago Department of Transportation (CDOT) who oversees the program, told the paper.

Federal grants provided the initial funding for the project to cut traffic congestion and improve air quality, the Tribune reports. While Divvy is emphasized as being a complement to public transportation, the bikes will be available for anyone wishing to swap four wheels for two.

Bike sharing memberships will go on sale mid-May. Yearly memberships will cost $75 and daily passes will run $7. Both fees allow for unlimited trips of up to 30 minutes each, with hourly rental fees applying after the initial half-hour, the Tribune says. Riders will pick up a bike from one of 400 planned solar powered docking stations, and return it to a station near their destination.

According to the Divvy Bike website, riders will be responsible for the bicycle from the time they remove it from a dock until they have successfully secured it at the end of their trip. The cost to repair or replace a Divvy bike could be up to $1,200.

For safety, the bikes are outfitted with always-on lights, bells and GPS devices. While Chicago (for logistical reasons) is unable to provide riders with protective gear, cyclists will be encouraged to wear their own, Pete Scales, as spokesman for the CDOT told the Tribune.

“We used to only think cars and mass transit,” Chicago Mayor Rahm Emanuel told the Tribune. “Today, Milwaukee Avenue is one of the most-biked streets in America.”

For more information on the program visit www.divvybikes.com