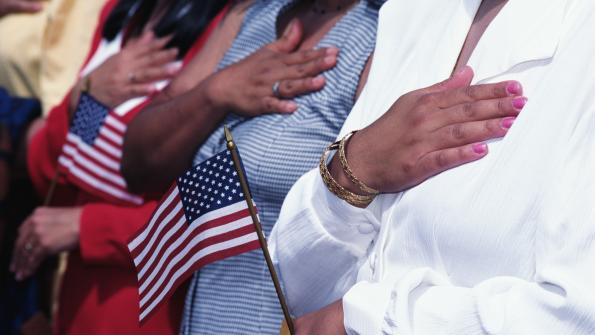 Illegal immigration legislation: what it means for small government

What can local governments expect from the newest language in the immigration reform bill?

Next week the U.S. Senate Judiciary Committee will review the most recent version of the Senate’s immigration reform bill, which could provide cities and states new resources to address illegal immigration.

According to outline of the 844-page bill released Sunday, one way the federal government will help state and local officials offset the costs incurred from the nearly 12 million undocumented residents already living in the country would be thorough the utilization of competitive grant programs. These grants would help local governments offer integration services, including English language and civics classes, which would be necessary to help undocumented residents through the bill’s defined path to citizenship.

Additionally, communication with Southwestern communities was emphasized in the bill’s outline as important for achieving border security. The new legislation aims to create a commission comprised of governors, attorneys general and community leaders “to ensure a meaningful opportunity for border communities to share input, including critiques” of bolstered security measures at the border. The outline states border control measures would include an increased number of drone patrols, an increased number of both federal and local law enforcement officers at points of entry as well as an increase in the quality of the surveillance equipment offered to those officers.

According to the National League of Counties, the bill would also reauthorize the State Criminal Alien Assistance Program, which, according to the Department of Justice’s website, would help offset the costs of incarcerating illegal aliens. The bill would also authorize new grants for communications equipment for state and local law enforcement officials charged with securing the U.S./Mexico border.

Preliminary reactions to the bill have been mixed. AZCentral.com reports Matthew Benson, a representative for Arizona Governor Jan Brewer, said Brewer is approaching the bill “with a healthy dose of skepticism.” Referring to the security measures outlined in the bill, Benson said, “Those are all positive steps if they were employed and if they were more than just words on paper. And that has yet to be seen.”

However, Marie Lopez Rogers, president of the National League of Cities and mayor of Avondale, Ariz., praised the new immigration bill in a statement. “Today has been long in coming.  Cities have advocated for fixing our nation’s broken immigration system for many years.”

To read the full transcript of the bill’s outline, view the PDF.