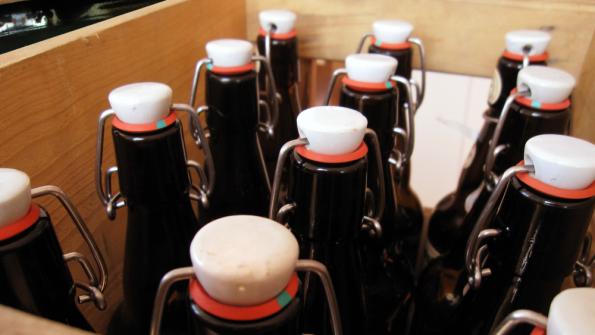 Cigs, booze and sugar: the skinny on sin tax

The potential benefits and drawbacks of adopting a sin tax

With many communities still reeling from the recession, and the ongoing debate over the government’s role in regulating personal choices, understanding why sin taxes, or fees placed on “immoral” goods and services, succeed or fail will be helpful in adjusting existing laws or planning future ones.

New York’s tobacco excise tax is a notable case study. With an additional cost added in 2010, New York City smokers are paying $5.85 extra per pack in combined state and local taxes, the highest in the nation. The justification for the high tax rate is that it will reduce the number of smokers, and the revenue generated from those still buying cigarettes will help keep state projects funded. However, this high tax rate has caused unforeseen problems.

One unintended result is that New York now has the highest rate of cigarette smuggling in the country, according to the Mackinac Center for Public Policy, which estimates that three out of every five cigarettes smoked in New York come from neighboring states. The New York Association of Convenience Stores (NYACS) calculates that smuggling costs the state approximately $1.7 billion in lost tax dollars per year, a problem NYACS president Calvin James fears “…deprives tax-collecting retailers of legitimate business, and siphons away private-sector jobs.” He adds, “Moreover, it undermines the public health policy goal of deterring smoking.”

Another issue is that the tax may unfairly burden the poor. A recent study from the Public Health and Policy Research Program of the Research Triangle Institute found that while smoking in New York decreased 20 percent from 2004 to 2011, families earning less than $25,000 per year report no significant changes in smoking habits. Due to the significantly higher cost of cigarettes, with some stores charging nearly $13 per-pack, some low-income households reported that nearly a quarter of their earnings go up in smoke.
However, sin tax measures in other areas have been successful.

Somerset, Ky., a city of 11,000, recently legalized alcohol sales, due largely to the efforts of Progress Somerset, a local public action group. Nick Bradley, the city’s alcoholic beverage control administrator said he is pleased with the town’s recent economic gains. Contrary to conventional wisdom, however, the fee incurred from the sale of alcohol is not responsible for the boom, he said. Instead, the funds generated – just under $157,000 since sales were legalized in September 2012 – are used only to offset the ongoing costs of alcohol’s legalization, costs that include increased police patrols and new government positions. The real benefits, he said, “are larger than what the city collects from [alcohol] sales.”

Bradley feels his city’s economic prosperity has resulted from the increases in the retail and service sectors seen since legalization. He stated that not only will consumers be able to purchase everything they need within Somerset’s limits, but, by keeping the fees on alcohol low, the city ensures residents and tourists will not seek it out elsewhere. “It’s really about keeping money in the community,” he says.

Economic benefits are not the only consideration for passing sin taxes. Peter Sterling, Coordinator for the Alliance for a Healthier Vermont, is currently fighting to add a penny-per-ounce excise to soft drinks. “Sugar sweetened beverages,” Sterling maintains, “are this generation’s cigarette [in terms of health problems].”
Sterling says his efforts have been met with claims that this new tax would be regressive.

However, he argues the effects from consuming too much sugar, such as heart disease and diabetes, should be of greater concern than the added cost. His organization projects that when presented with a 15 percent price increase, 25 percent of at-risk consumers will make healthier choices. Additionally, with the projected generation of $27 million per year earmarked to offset the health care costs of low- income Vermonters, he feels the tax will benefit the poor overall.

Recently, New York City’s effort to prohibit the sale of large soft drinks was struck down by State Supreme Court Justice Milton Tingling. Despite arguments by mayor Michel Bloomberg, Tingling agreed with the petitioners, including the American Beverage Association and the National Restaurant Association, that the Board of Health had exceeded its authority.