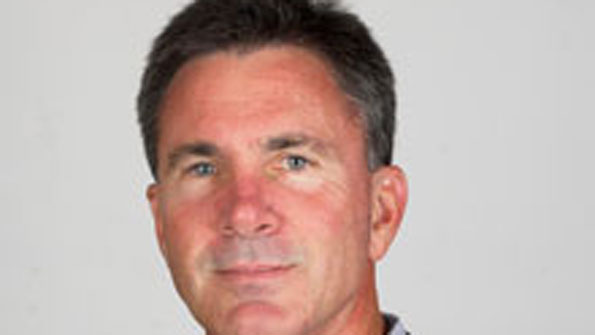 Rob Risley of FPL Services talks about his firm's performance contracting with the state of Florida's Agency for People with Disabilities.

FPL Services, LLC (FPLS), a subsidiary of Florida Power & Light Co., has saved the state of Florida $6.5 million by improving energy efficiency at the state's Agency for People with Disabilities (APD). A performance-contracting model that was implemented as part of the project guaranteed savings with no capital expenditures by the state.

As part of the project, FPLS completed an energy-saving renovation of two locations for the APD. The renovations, made to 65 main buildings and other structures, are projected to save APD approximately $400,000 per year for the 16-year term of the contract. Stephen Boley, the APD's acting bureau chief for general services at the time of the project, described the project as a "win-win-win" for the state, the APD, and the residents and staff at the two locations.

"Given the current economic climate, the state has done a great job of keeping the APD facilities safe and operational, but these improvements were a much needed step," said Boley. "Now we have a far more energy efficient campus with systems that require less maintenance."

The two locations, called Tacachale and Seguin, covered more than 200 acres and had more than 100 structures, including dormitory-style residential buildings, individual staff houses, offices, cafeterias, and medical or recreational facilities, most of which had been built prior to or during the 1950s. Though the structural integrity of the buildings was good, the facilities were outdated when it came to energy conservation and operational efficiency.

The physical modifications made across the two facilities included: the installation of high-efficiency fluorescent lighting and occupancy sensors (to turn off lights when rooms were unoccupied); water fixture upgrades; water conservation and control measures (including low-flow toilets and faucets); high-efficiency HVAC systems; boiler and chiller upgrades; modified electrical distribution and metering; building envelope caulking, and new insulation for walls, roofs, and piping.

The project addressed a deteriorated sewer system by elevating manhole covers to reduce the intrusion of rainwater and prevent backups. It also incorporated elements of the Leadership in Energy and Environmental Design (LEED) green building certification system.

Working with the local power supplier, Gainesville Regional Utility (GRU), FPLS and APD negotiated financial incentives from a one-time rebate of $40,000 to a total of nearly $170,000. As part of the energy savings project, FPLS also negotiated with GRU to assume responsibility for a significant portion of the distribution and metering system and equipment, previously owned and maintained by APD, at no cost to the agency.

Under a performance contract, the general contractor facilitates financing for a governmental or municipal project through a third party, with the energy and maintenance savings designed to more than pay for the capital costs of the improvements. A performance contract stipulates that if projected savings are not delivered, the contractor covers the shortfall. During an investment grade audit prior to any construction or renovations, detailed analyses of current usage are made and energy modeling, to predict future needs, is employed. Rigorous benchmarking throughout the projects has made it possible for FPLS to never miss a savings target in over 20 years of executing performance contracts.

The APD project's first phase was completed in early 2012. All renovations were completed while residents and staff continued to live, eat, sleep and work at the facilities. A new phase, at APD's Sunland facility in Marianna, Fla., will include a comprehensive upgrade of energy saving measures in 130 buildings. That portion of the project is set to begin in early 2013.

Speaking of the performance contract project with FPLS, Boley said, "Without the guaranteed savings and the public/private relationship between us and FPLS, these energy saving improvements could probably not have been undertaken."