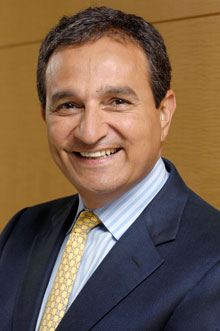 While researching the 2013 Keating Report on government budgets and spending, we uncovered some hot issues. One of the hot topics in the 2013 edition is public-private partnerships (PPP). While researching that topic, we picked up the comments of Masood Sohaili at the Los Angeles-based DLA Piper law firm.

Here are the views of Masood Sohaili on the outlook for public-private partnerships in 2013.

Masood Sohaili: Yes, but in different ways than they have looked at PPPs in the past. They are looking at PPPs to design and build new infrastructure in order to more efficiently deliver the infrastructure, but in terms of ownership and financing, governments are pushing the private providers of capital to allow ownership and in many cases operations, subject to consent and approval rights, to remain with the governmental entity. In connection with the governments’ push for ownership, governmental entities are offering capital providers the opportunity to provide long-term subordinated debt, with some equity type features normally included in concession arrangements, so long as that debt can be structured to work with senior financing and the municipal capital markets.

Govpro: Regarding 2013 public-private partnership trends — will the number of partnerships grow?

MS: It depends on how you define PPPs. If PPPs are defined narrowly to include only those partnerships with private “ownership and control” of public assets, then I don’t see the number of PPPs growing substantially. However, to the extent that you take a broader view of PPPs — which includes partnerships with hybrid structures designed to work with and to maximize the traditional strengths of governmental ownership and municipal finance — then I would anticipate a significant increase in PPPs.

Govpro: Are there any kinds of partnerships that will expand more in 2013 than the overall partnership market?

MS: Yes, ones that keep the ownership and control in the hands of the public while taking advantage of the private sector’s ability to provide long-term stable lower-tier capital as well as construction management and design capabilities for large infrastructure projects.

Thank you, Masood Sohaili, for the information.