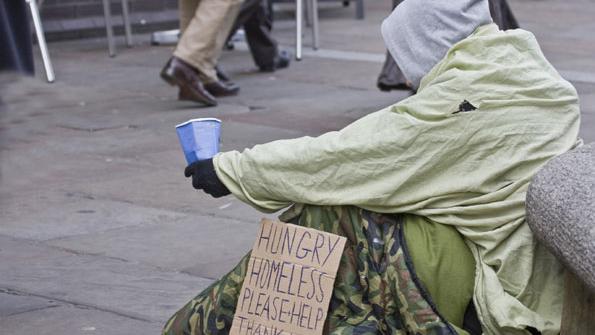 Hunger and homelessness is increasing in American cities and is likely to get worse this year if threatened federal budget cuts kick in, according to a report from the U.S. Conference of Mayors (USCM). The survey of 25 cities found that so-called “sequestration” cuts to local social programs could stress already stretched efforts to aid hungry and homeless people, according to Reuters.

Congress delayed the cuts, originally scheduled to automatically go into effect on Jan. 1, until March 1. Funding could be cut for several food and housing assistance programs.

But hunger and homelessness is already at crisis levels in many cities, according to the USCM report. Requests for emergency food assistance rose in 21 of the 25 cities it surveyed in 2012. The number of homeless people, meanwhile, rose in more than half the cities surveyed.

Cities struggled to meet those needs in 2012. Food pantries in 95 percent of cities in the survey reported that they cut the amount of food each person received. More than half the cities said some homeless families with children were denied shelter in 2012.

The report spins a bleak forecast for 2013. Three-fourths of the surveyed cities expect greater demands for food assistance this year, while 60 percent project an increase in the number of families without shelter.

“This report is a stark reminder of the long-lasting impact the recession has had on many of our citizens,” Greg Fischer, mayor of Louisville, Ky., and chair of USCM’s Committee on Metro Economies, said in a statement. “Families, who once lived in middle class homes, now find themselves without a roof over their heads, needing multiple social services for the first time in their lives.”